Water and sanitation minister Senzo Mchunu said SA has a water scarcity issue but this does not mean there’s a crisis. 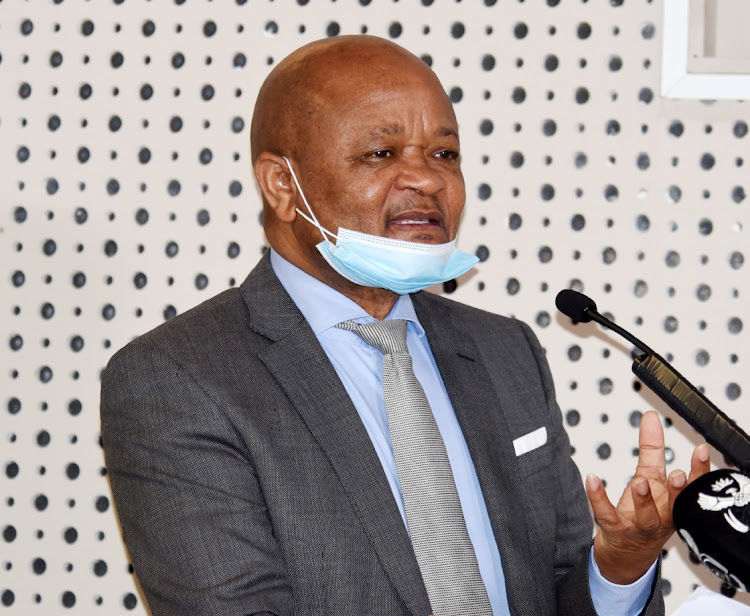 Water and Sanitation minister Senzo Mchunu says there is no water crisis in the country.
Image: FREDDY MAVUNDA/ BUSINESS DAY

Water and sanitation minister Senzo Mchunu said on Monday South Africa does not have a water crisis, despite a 54-hour “water shutdown” in parts of Gauteng.

Mchunu briefed the media with Rand Water to explain the ongoing shutdown in the province.

He said the term ‘water shutdown’ used by Rand Water in its announcement of the planned outage had been misunderstood by those who thought it meant being completely without water.

He said the term was an industry norm and assured residents it was no cause for panic.

Mchunu added that South Africa has a water scarcity issue, but this does not mean there’s a crisis.

If we manage water that is available at the moment, we will manage, we will go on well

“SA has less water than its needs overall. If you lift your eyes and say ‘how much water do we have in the country?’ it will always be less than the demand, but that does not mean we are in a crisis. If we manage water that is available at the moment, we will manage, we will go on well,” said the minister.

Among the ways residents can save water is by taking shorter showers and being considerate of the needs of others.

The disruptions in water supply are expected to run until Wednesday as Rand Water does work on its B19 and B11 pipes. This will allow the water supplier to implement appropriate contingency plans during the maintenance period and ensure continued supply.

'We are working tirelessly to ensure that we deliver quality water and sanitation services to all the citizens of the country,' says water and ...
News
7 months ago

Board chairperson Advocate Tshidi Hashatse explained in the briefing this is to ensure water supply in the long term.

“What we are doing is to increase efficiency, the longevity of the pipeline, the reliability of the infrastructure to ensure that it continues to work properly and without cause for concern.”