‘He should not have taken a gun off a police officer’: What you said about Muldersdrift lodge fracas 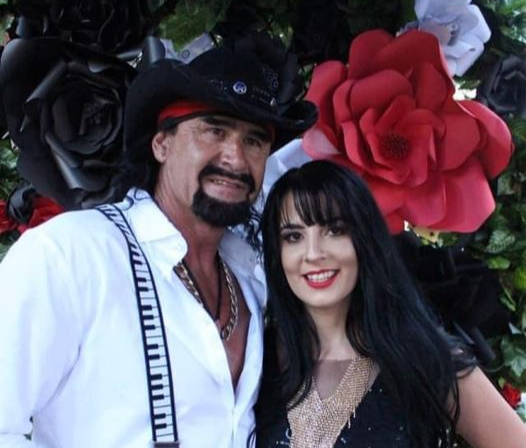 Gym owner Len Cloete should not have grabbed a police officer’s gun during an altercation that led to him being shot in the head, said most TimesLIVE readers.

South Africans were reeling this week after a video showing an altercation between Cloete and police went viral online.

The video was captured at a Muldersdrift lodge where security staff had called police after a quarrel between Cloete and lodge staff.

In the video showing the confrontation, a police officer can be heard telling Cloete “ you are playing dangerous”, while he moves out of frame to get a gun.

After confronting a female officer he moves out of frame again and returns without the gun. He then disarms a police officer while shouting “shoot me, shoot me”.

He then faces a second officer who has his gun pointed at the now-armed Cloete. The officer fires and Cloete falls to the ground.

TimesLIVE ran a poll asking readers if they thought the officer’s actions were justified.

Do you think the police were justified in their response?

Thabo Ramohapi said the police officers were in a difficult position.

“What were the cops supposed to do? Hug and kiss him while he disarmed them? He was a danger to everyone in the room, including his wife. He was shot to protect the threatened lives of everyone in that room."

“When he (re) appeared with his firearm and cocked it, I would have warned him verbally twice and then dropped him. The cop was justified in his actions in the moment.”

Chantal Govender said police should have arrested Cloete before the situation grew heated.

“Police were delayed in their action. Firstly police seemed afraid and never handled the situation effectively. They seemed to have been taking all the nonsense calmly from this suspect. They should have placed him under arrest much earlier to avoid such drama. If he wasn’t easy, police could have used teargas to restrain him before guns came to the frontline.”

On Twitter, some asked to see the full video before reaching conclusions, while others said the officers were justified.

it is unfortunate situation where polic end up shoting civilian. On face value it looks like the police were ready to amicably handle the situation but the victim's actions were "dangerous" so the shooting looks like was a last resort to protect themselves and others.

Speedy recovery to Hulk Hogan, but it's a lesson to all, you can't disarm a police officer and worse cock the gun! He asked for trouble.

If this was in any other country and he pulled a police officer's gun out of her hands, he would have been shot multiple times.

You don't play that game.

I don't see why we should be any different...

He was supposed to be shot at first point when he came with his gun. The police had put their lives in danger for allowing it to drag that long.