Walking on hot coals, horseriding and breathtaking views were on offer as 21 women took part in their first naked hike in the Free State 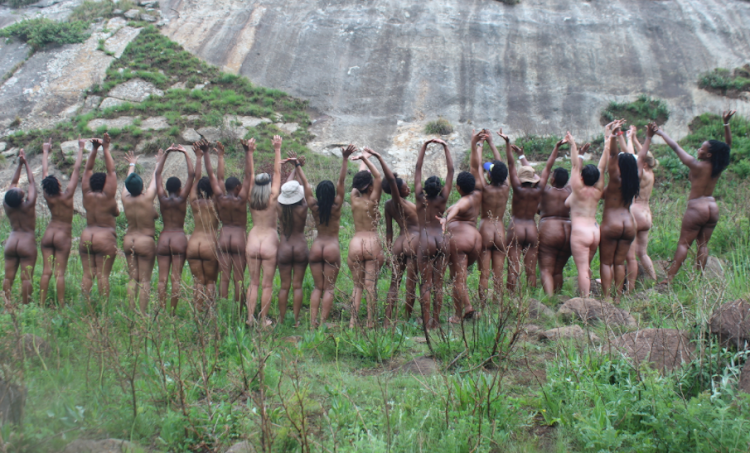 The 21 women took part in their first all-female naked hike in the Free State at the weekend.
Image: Supplied

One of the women who took part in an all-female naked hike in the Drakensberg mountains in the Free State has described the experience as “immensely natural”.

Mary-Ann West, who came from Cape Town to take part, explained that there was so much more to the experience than simply being naked, saying it was a highlight she would forever cherish.

West painted a picture of serenity, complete freedom and fulfilment in a breathtaking environment in the company of 20 other woman from all walks of life.

Besides the 90-minute naked hike, the group was treated to a variety of other surprise experiences, including walking on hot coals.

“What was particularly wonderful for me was being led by a gorgeous, regal young lady on horseback,” said West. 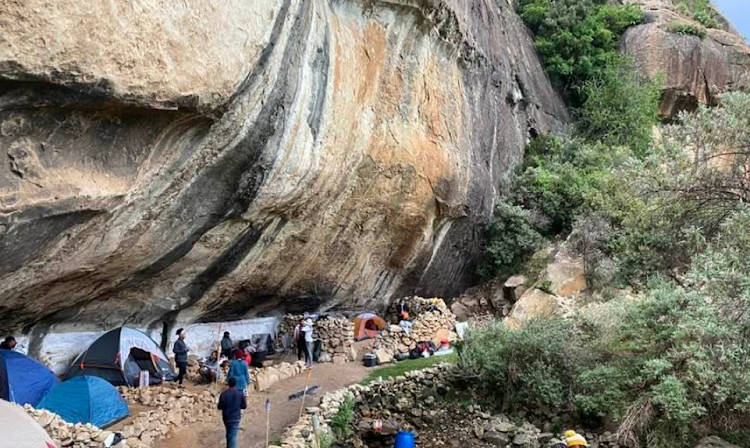 The camp site where the women spent the night before embarking on their hike.
Image: Supplied/ Mary-Ann West

The women had arrived at their camp site to find tents pitched under a mountain overhang, where they had water trickling from the top of the mountain — their drinking water.

On Friday night, one by one, some of the women conquered their fear by walking on burning coals.

West said it was amazing watching people who said they wouldn’t do the fire walk actually go through with it. 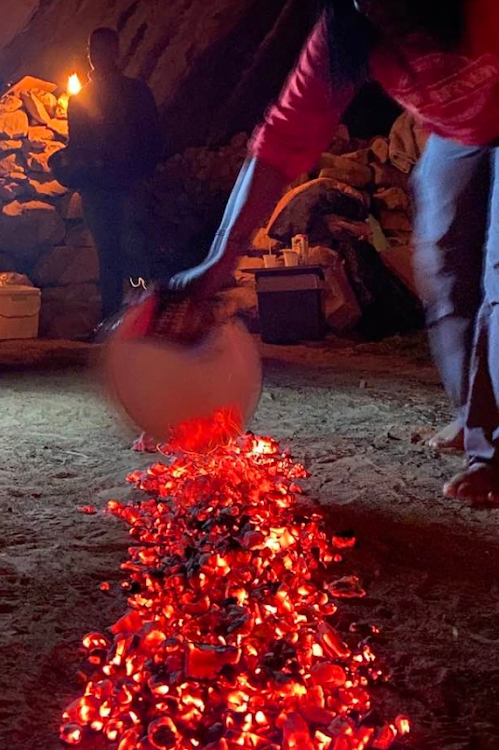 Fanafikile Lephaku, who organised the experience alongside female life coach Nozipho Hoohlo, who took the women on the naked trek, said the walking on fire exercise was symbolic.

“The main aim of this was to elevate people's mind to beyond fear. The fire-walking was to make it easier to do the naked hike,” he said, explaining that conquering that would have made them feel they could conquer the naked walk.

When it got down to the actual naked hike, West explained it was something she had wanted to do for some time and an experience that she hoped to share with close friends. The opportunity had never presented itself until now.

The naked hike was the third of four things she wants to do, leaving just one to complete.

“For me it was not a spiritual walk, trying to find healing for anything in particular. It was merely saying I have never walked naked with anybody before. I have had the occasional skinny dip with my family in a river but nothing more than that.”

West said she thought it would be uncomfortable but when it actually came to stripping down, she said: “It felt immensely natural. I don’t even recall studying anyone’s body. It was just a feeling of camaraderie.

“Some of the women paired up, others were speaking to our guide who was also a life coach. So there was healing — I know because some of the women spoke about it afterwards,” she said.

‘Naked hike’ about stripping down emotional scars and baggage, not just clothing

The founder of the ‘naked hike’ concept on Monday said the hike was about much more than stripping naked. It was also about stripping down emotional ...
News
3 weeks ago

Lephaku said it was beautiful to hear feedback from all the woman, particularly one who said she felt as though she was a completely different person, carefree and unbothered about people's opinions of the hikers.

“She said she was in a good space, was not affected by anything and this was not the person who she had been her whole life. So that is the kind of people who exist now,” said Lephaku.

Lephaku had in an earlier interview told TimesLIVE that the experience was for women to find healing and acceptance in their bodies and stripping down scars of their past.

At R450 per person, Lephaku explained that he had made no profit at all from the hike but this was OK, because he was in the “business of healing”.

“It wasn't about profit but giving value. I wanted the people who come through to get the best value possible so they can motivate other people to come through,” he said.

Some participants were so happy with the experience that they gave him a tip, he said.

“The nakedness is the market attractor but it is a full-on programme about personal development that covers different aspects,” he said.

POLL | Would you participate in a ‘naked hike’?

Are you keen to strip off all your emotional baggage or would you rather eat roaches than hike naked?
News
3 weeks ago