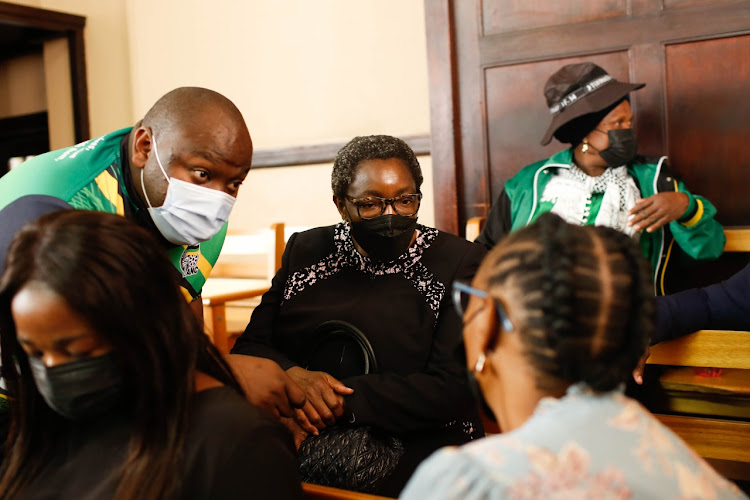 Former minister and ANC Women's League president Bathabile Dlamini appears in court in connection with her alleged role in dealing with the Social Security Agency of SA fiasco in 2017.
Image: Alaister Russell

The matter relates to Dlamini’s alleged role in dealing with the Social Security Agency of SA (Sassa) fiasco in 2017.

Mjonondwane said the office of the Director of Public Prosecutions (DPP) in the Gauteng local division, advocate Andrew Chauke, took a decision to criminally prosecute Dlamini for perjury, alternatively contravention of Section 38 (5)(b) the Superior Courts Act 10 of 2013 (lying under oath), in August 2021.

“The establishment of the inquiry chaired by former judge president BM Ngoepe stemmed from a Constitutional Court application brought by the Black Sash Trust, joined by Freedom Under Law, over Sassa and Dlamini's failure as the accounting officer to appoint a service provider for the distribution of social grants,” said Mjonondwane.

The perjury case against former social development minister and ANC Women’s League president Bathabile Dlamini has been set down to proceed for plea ...
News
2 months ago

In September 2018, the Constitutional Court found Dlamini not only failed in her duties as a minister but also failed to disclose information to the inquiry for fear of being held liable for the 2017 crisis.

“Subsequent to this ruling that ordered that its judgment, together with judge Ngoepe’s inquiry report, be forwarded to the office of the NDPP for consideration of criminal liability, the NDPP directed the matter be dealt with by the office of the DPP,” Mjonondwane said.