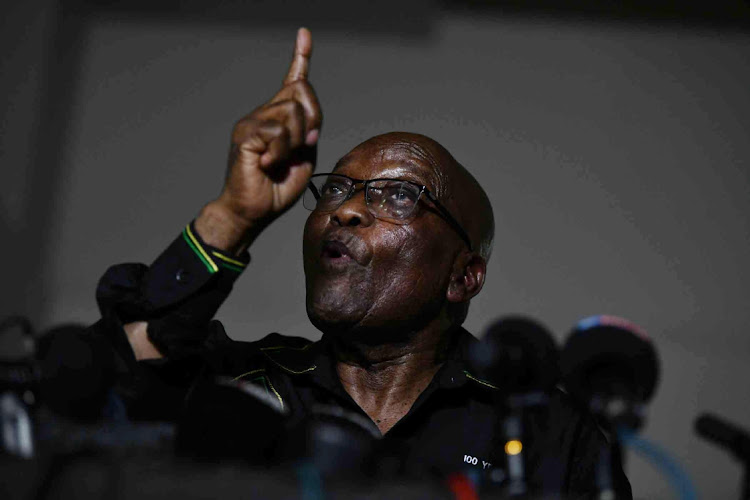 Former president Jacob Zuma is “fine” and back at his Nkandla home after a routine visit to a Johannesburg hospital last week, his family said on Wednesday.

Both of Zuma’s brothers confirmed that he has returned to his Nkandla homestead.

Joseph Zuma told TimesLIVE that though he had not seen his brother because he was in Durban, he called twice to check on him on Wednesday.

“I called around noon and I was told to call back later because he was dealing with a lot of people who had come to see him at home. I called again this afternoon and I was told he is not available so he is home, there’s no problem. He is fine,” he said.

Zuma’s other brother, Khanya, said he too had not had a chance to go to the homestead, which is not too far from his.

A source close to Zuma, who asked not to be named, said the former president returned from Johannesburg on Monday.

“They are back in Nkandla. He is fine. He is good,” the source said.

TimesLIVE reported last week that Zuma left Nkandla on Monday November 15 to travel to Johannesburg for what the family called a “regular check-up.”

Last week Joseph told TimesLIVE: “We are not overly worried because it is just a regular check-up — nothing serious. He goes to the doctor from time to time but he is not sick. Uright mntanami [He is OK, my child].”

Former President Jacob Zuma has lost his bid to have lead prosecutor Advocate Billy Downer removed from his corruption trial.
Politics
1 month ago

Zuma was admitted to a military hospital for medical treatment in August, shortly after he began serving his 15-month jail term at the Estcourt Correctional Centre for contempt of court. His undisclosed illness saw him granted medical parole by the department of correctional services.

The 79-year-old former head of state has been in and out of hospital since 2014. Khanya previously told TimesLIVE that Zuma had been unwell since he was “poisoned” in 2014.

In October, the Sunday Times reported that Zuma was spotted out and about for the first time since he was granted medical parole, at Sibaya Casino in Durban. The Sunday Times received a tip-off that Zuma was meeting close allies there, among them former Luthuli House staffer Carl Niehaus and former SAA chair Dudu Myeni.

Zuma's visit to the casino raised eyebrows because a day earlier he had told supporters gathered for his welcome-home party that he could not attend the event because of his strict parole conditions. The department of correctional services confirmed at the time that Zuma was granted permission to attend the meeting.