Says South Africans must be allowed to choose to be jabbed 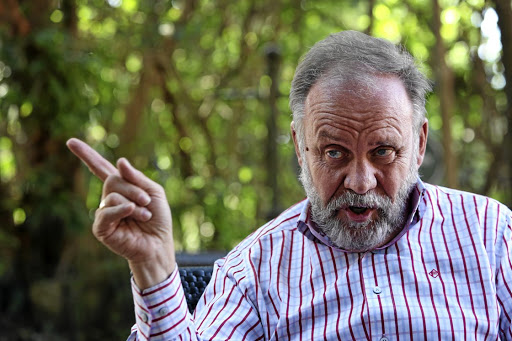 Former ANC staffer Carl Niehaus has responded toPresident Cyril Ramaphosa’s announcement about possible mandatory vaccinations, saying SA is moving towards coercing citizens to have a “vax dompas” before they can access public spaces.

Niehaus said South Africans must be allowed to choose whether they want to get vaccinated in line with their constitutional rights.

Niehaus, who was hospitalised after he contracted Covid-19 earlier this year, said his decision not to be vaccinated did not imply he is an anti-vaxxer nor hesitant, saying he is exercising his right to choose.

The speed at which the new Covid-19 variant Omicron is infecting young people has alarmed SA health professionals.
News
5 months ago

In a televised national address on Sunday, Ramaphosa said the government had set up a task team that will look into making vaccination mandatory for specific activities and locations.

The president said vaccination was imperative for the protection of South Africans and returning the economy to full operation by reopening the tourism and hospitality sectors.

Niehaus said the president contradicted the statement he made earlier this year when he said vaccination would not be mandatory.

“Nobody will be forced to take this vaccine. Nobody will be forbidden from travelling to wherever they want to travel to, including from enrolling at school or from taking part in any public activity if they have not been vaccinated,” Ramaphosa said in a national address in February.

“We should have a president who honours our constitution and our bill of rights. We must also have a constitution respected by our government and lawmakers.”