IN PICS | Councillors gift a bull to Zuma, deny visit is to get support for Zandile Gumede 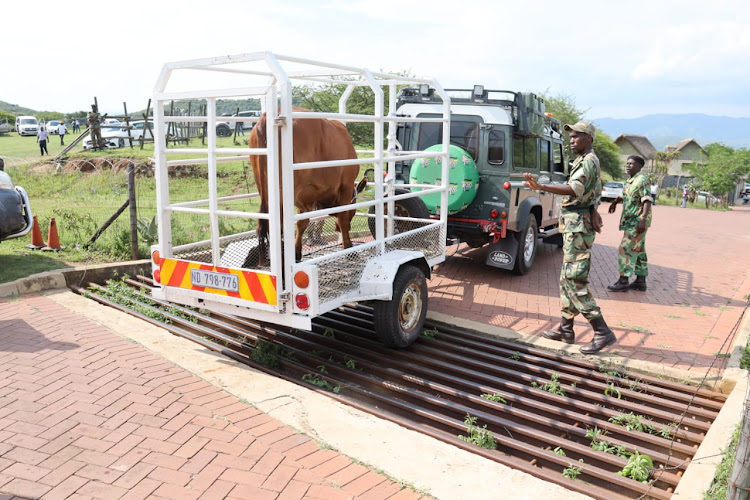 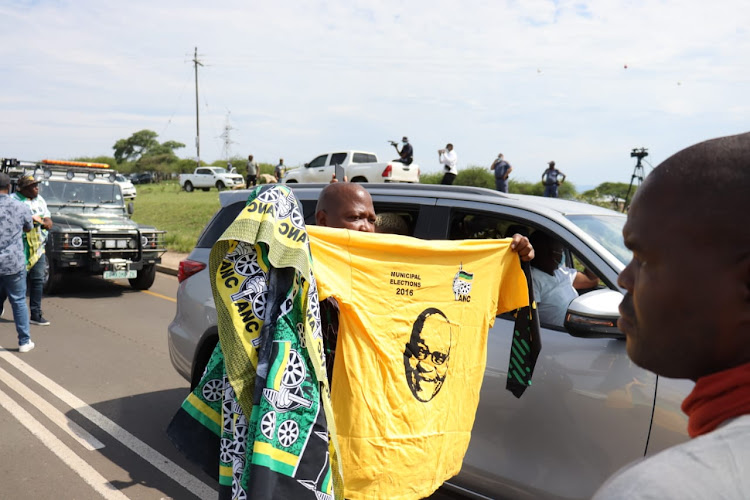 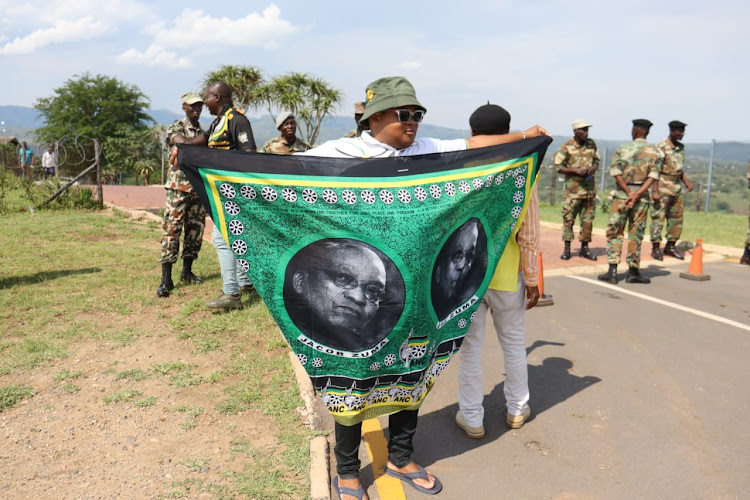 The spokesperson for the ANC regional chair front-runner Zandile Gumede has slammed claims that a visit to former president Jacob Zuma's home on Thursday was being used to bolster support for her ahead of the upcoming elective congress.

Ntando Khuzwayo, eThekwini ward 28 councillor and Gumede's spokesperson, took charge when leading dozens of ANC councillors into Zuma's home for a visit “to see how he is doing and wish him well for the festive season”.

Khuzwayo denied that the delegation of about 100 ANC councillors was part of any faction within the party. Instead, he claimed they intended to seek guidance from Zuma as many of them begin their five-year terms.

Gumede, who despite facing a corruption charge in connection with a R320m waste contract, is gearing up for a possible comeback to the mayoral office as regional chair during the conference scheduled for next week. She wasn't among the delegation.

A convoy of ANC councillors from eThekwini and other regions have arrived at the home of former president #JacobZuma in Nkandla. They are here to pay Zuma a visit and seek guidance as they begin their five year term in office. ⁦@TimesLIVE⁩ pic.twitter.com/GGHgrMbfTJ

“Everyone here is within their capacity as members of the ANC who love the ANC and former president Jacob Zuma. This has nothing to do with any particular faction.”

ANC councillors make their way into the Nkandla home of former president #JacobZuma with a bull - they allegedly contributed towards using their own money - as a gift for Zuma. They plan to wish Zuma well for the festive season and get guidance from him ⁦@TimesLIVE⁩ pic.twitter.com/s1yd11upuV

Under the blistering Zululand sun, Zuma supporters rallied together as they entered Nxamalala's Nkandla compound, led by a trailer carrying a bull which Khuzwayo said was a gift for Zuma.

“We have all contributed from our own salaries to buy this bull as a gift for the former president. We did a symbolic thing, it's biblical to take your first fruit and give it to the priest. The bull was too big for the trailer we had got and so we had to get another trailer, so that was why we were delayed in getting here.”

He said they were ready to seek counsel from Zuma.

“We are here to wish him a Merry Christmas and seek counsel from him because he is an elder in this province and in the movement. As a former president I am sure he will have a lot to tell us as we embark on this journey of five years where we will be serving the people of eThekwini and various other regions.”

Dozens of ANC councillors have gathered at the Umvoti Toll Plaza on the KwaZulu-Natal north coast as they mobilise to visit former president Jacob ...
News
8 months ago