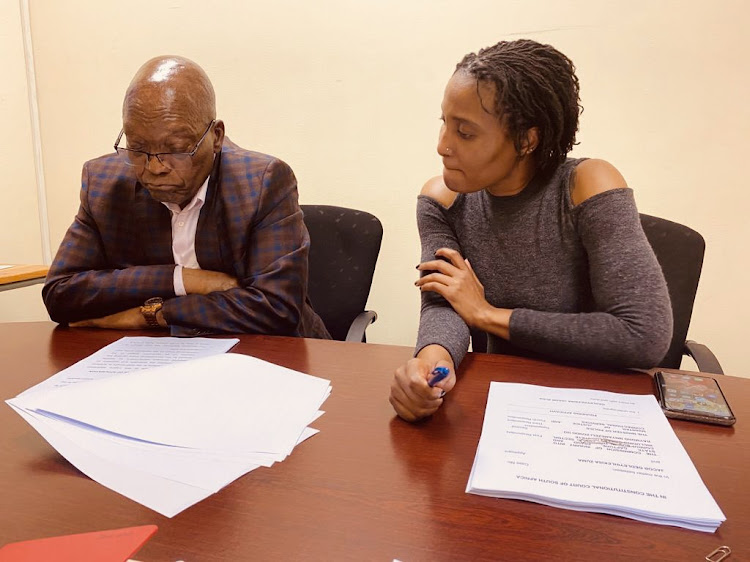 This is according to his daughter, Duduzile Zuma-Sambudla, who shared the news on social media.

Zuma-Sambudla confirmed that the book had sold out, asking for buyers to have patience.

“We apologise. We are out of stock. Some book shops are calling for the book. We have pre-orders for over 2,000. Please be patient with us,” she said.

We Apologise. We Are Out Of Stock. Some Book Shops Are Calling For The Book. We Have Pre-orders For Over 2000. Please Be Patient With Us. #PresidentZumaSpeaks pic.twitter.com/uswxcamLix

The book, Jacob Zuma Speaks, was released at the weekend and was selling for R300 or R1,000 for a signed copy. According to publisher, Xarra Books, the book would normally retail for R285.

Sales of the book will go towards paying Zuma’s legal fees, with his foundation starting a crowdfunding initiative earlier this year for the same purpose.

The book is said to be the first of many the former president will release.

“They sold like hot cakes in 20 minutes, easily. More than 100 copies were gone.

“We brought 100 copies and way more people bought the book than we could provide so we have backlogs,” he said.

Dudu Zuma-Sambudla’s message to visiting ANC councillors: ‘Thanks for giving him his flowers while still alive’

Duduzile Zuma-Sambudla has thanked ANC councillors who visited her father, former president Jacob Zuma, at Nkandla and gifted him with a bull worth ...
News
8 months ago

The Jacob Zuma Foundation said limited launch copies would be available at Xarra Books in Midrand, but these also appeared to have sold out.

According to Zuma, the book is meant to set the record straight on some “untrue” stories about him.

“The untruth about the work we have done demonstrated the truth is important for society to be well informed, to know what is happening. There is no use to create stories because you have powerful machinery to do so.”

On Monday, TimesLIVE conducted a poll asking readers if they were willing to pay R1,000 for a signed copy of the book.

Five percent said they would only be interested if the book was turned into a TV series.

Are you wiling to fork out R1000 for a signed copy of Zuma’s book?