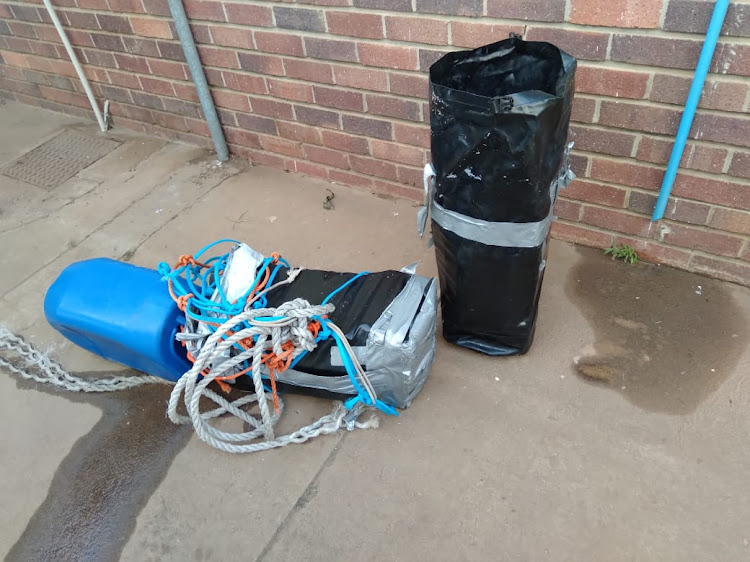 The consignment weighed 46kg and was found by people walking their dogs on the beach.
Image: Hawks

Cocaine estimated to be worth about R20m was found on the beach at Jeffreys Bay on Wednesday.

Hawks spokesperson Lt Col Philani Nkwalase said the discovery of the consignment washed ashore was made by people walking their dogs on the beach.

“Upon examination they called the police about what seemed to be a drug consignment,” said Nkwalase.

He said the docket was referred to the Hawks in Gqeberha in the Eastern Cape.

“No arrests were made at this stage, pending ongoing investigation.”

Anyone with information or who may have found a similar consignment washed ashore should contact Detective Warrant Officer Van Zyl on 082 065 9694.