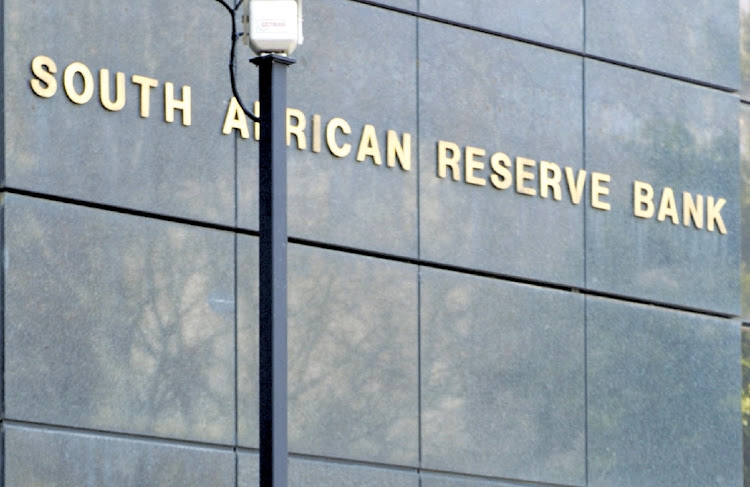 SA's inflation rate jumped to the highest level in almost five years in November, underscoring the difficult choice the central bank faces in striking a balance between taming price growth and supporting an economy grappling with the fallout from a fourth wave of coronavirus infections.

Consumer prices rose 5.5% from a year earlier, compared with 5% in October, Stats SA said on Wednesday in a statement published on its website. That’s the highest level since March 2017 and matches the median estimate of 14 economists in a Bloomberg survey.

Prices of final manufactured goods rose by a record 9.6% in November, compared with 8.1% in October, the statistics agency said in a separate statement. That’s the highest rate since the start of 2013, when the statistics office split its producer price index and started reporting five different measures for prices at the factory gate including agriculture, mining, electricity and water and intermediate manufactured goods.

Headline consumer inflation, stoked by record-high fuel prices and rising food costs, has now breached 4.5% — the midpoint of the central bank’s target range at which it prefers to anchor expectations — for seven consecutive months. 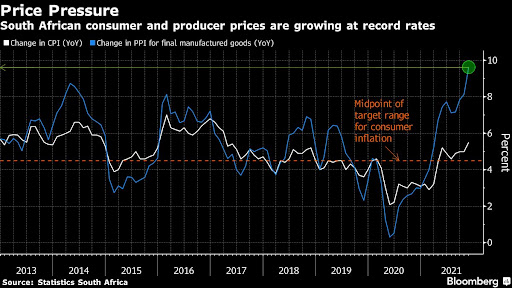 The Reserve Bank last month raised its benchmark interest rate and signalled further increases. Policymakers may be forced to rethink that strategy as international travel bans imposed after the discovery of the Omicron variant risk stalling economic recovery.

The implied policy rate path of the central bank’s quarterly projection model, which the monetary policy committee uses as a guide, last month indicated one 25-basis point rate increase in each of the next 12 quarters. Governor Lesetja Kganyago has long maintained that the model is a broad policy guide and that future interest-rate decisions will be data dependent.

Economists predict SA will miss the central bank’s economic growth forecast of 5.2% for 2021 after output fell more than expected in the third quarter and more than 90 nations severed air links with the country before its summer holiday season over concerns about Omicron.

Forward-rate agreements starting in two months, used to speculate on borrowing costs, signal traders are fully pricing in a quarter-point increase in the repurchase rate in January.