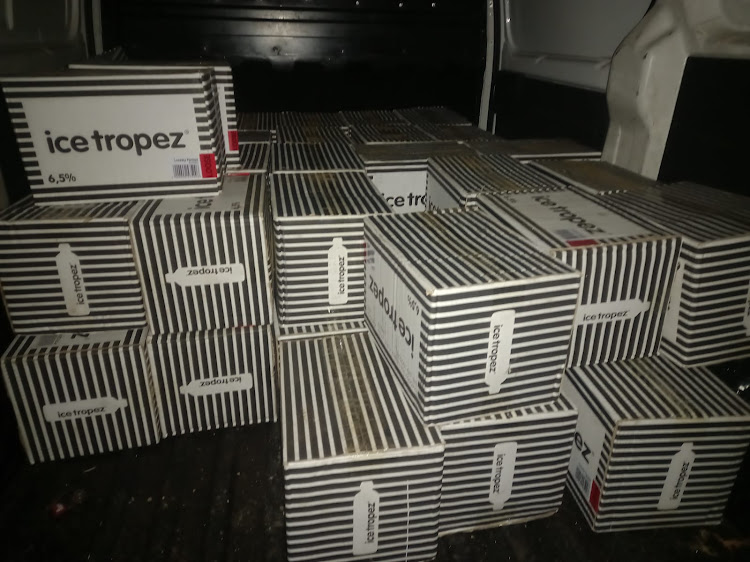 Four suspects were arrested after they were caught with more than 37 boxes of suspected stolen alcohol in Boksburg on the East Rand on Monday, Gauteng police said.

Police spokesperson Col Mavela Masondo said members of the highway patrol unit were patrolling on the N12 when they spotted a suspicious white Hyundai H1 panel van with only the driver inside.

“Police stopped and searched the vehicle and found several boxes of alcohol. The driver failed to produce proof of purchase,” Masondo said.

He said preliminary investigations led police to Benoni and Boksburg, where three suspects and more than 25 boxes of Ice Tropez were found stored inside a truck.

R500m worth of looted alcohol now on the streets, being sold in illicit market

As SA's liquor industry counts the cost of last week’s looting and four booze bans in lockdown, it's appealing to the government for a resumption of ...
News
9 months ago

All four suspects were arrested and charged with possession of suspected stolen property.

“While at the scene two males approached the officers and offered R10,000 to release the suspects and not to impound their vehicles.”

They were arrested for bribery.

The suspects are expected to appear in the Boksburg magistrate’s court soon.