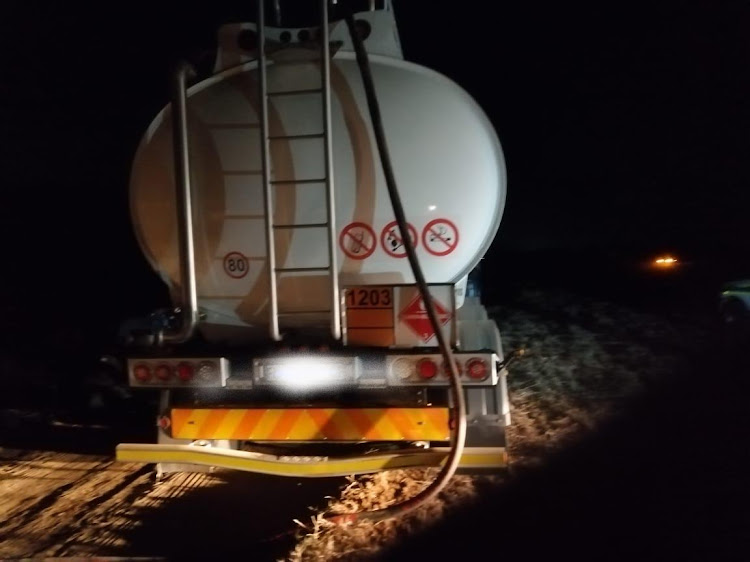 Three men have been arrested for allegedly stealing petrol from a tanker parked at a Gauteng police station.
Image: Provided

Three men have been arrested for allegedly stealing petrol from a tanker parked at a Gauteng police station.

Provincial police spokesperson W/O Gerhard Cornelius, said the organised crime unit was investigating theft of petrol from Transnet and that the tanker was temporarily stored at the Brackendowns police station.

Cornelius said the tanker contained about 9,000 litres of petrol. He said Transnet officials drained some of the petrol on Tuesday but could not finish the job.

A gold mine in Zimbabwe has been raided by a gang of armed robbers who stole 130kg of gold carbon.
News
5 months ago

“This morning three males pretended that they needed to view the truck carrying the stolen tanker with petrol and gained access into our station. The men were driving a Mercedes minibus,” said Cornelius.

“The three were immediately arrested, as they do not work for Transnet, and detained at SAPS Brackendowns. The investigating team from the organised crime unit was contacted and the case is being investigated.”