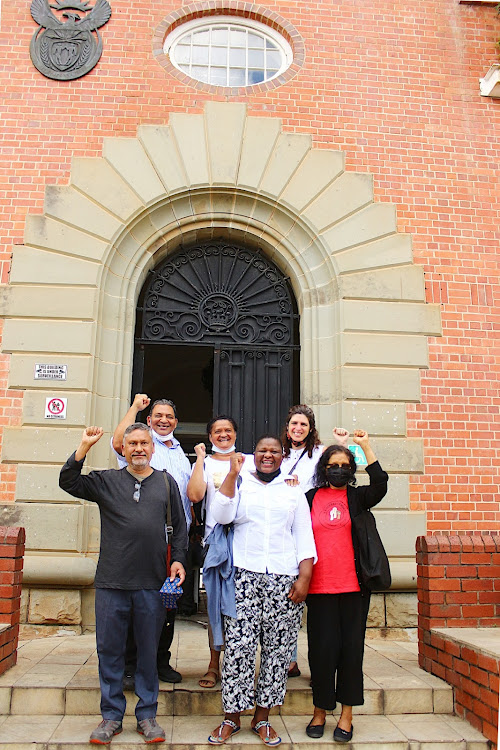 Shell on Tuesday morning suspended its seismic exploration of the Eastern Cape coastline after a judgment interdicting it from proceeding with its controversial operation.

Judgment was handed down in the Makhanda high court at 9.30am and by 11.30am Shell SA confirmed to the DispatchLIVE that the world’s biggest seismic exploration ship, the Amazon Warrior — which was carrying out the survey on Shell’s behalf — had ceased operations.

“I can confirm that the survey has been suspended while we review the judgment.”

Shell will have to call a halt to its seismic survey along the ecologically sensitive Wild Coast after the high court in Makhanda today interdicted ...
News
4 months ago

Richard Spoor Attorneys and the Legal Resources Centre (LRC), acting on behalf of the Dwesa-Cwebe, Amadiba and Port St Johns communities, as well as environmental organisations, last week argued that there was overwhelming evidence that seismic surveying was devastating to the marine environment as well as harmful to communities’ rights and reliance on the sea for sustenance, income and cultural practices.

Bloem ruled that the expert evidence of 10 marine life specialists had established that unless the court intervened there was a “real threat that marine life would be irreparably harmed by the survey” and that Shell’s denial that this was the case could “not be sustained”.

He said the evidence also established that the survey would negatively impact the livelihood of fisher folk and impact their cultural and spiritual practices, which were inextricably tied to the ocean and coastline.

Shell’s notification to, and consultation of, affected communities and individuals in the process leading up to the granting of the seismic exploration right had been inadequate, Bloem ruled.

Shell has been ordered to immediately halt its seismic survey in the ocean off the Wild Coast.
News
4 months ago

Shell’s 2013 notification of its intention to seek an exploration right, which had been communicated in English and Afrikaans newspapers, had cut out communities that spoke other languages or who might be illiterate.

Its subsequent list of interested and affected parties (IAPs) was flawed and excluded “numerous small-scale and subsistence fishing communities along the coastline” who had never been consulted.

“Shell was under a duty to meaningfully consult with the communities and individuals who would be impacted by the seismic survey.

“Based on all the evidence, I am of the view that Shell failed to do so. The evidence shows that the consultation process in question was inadequate and substantially flawed.”

Shell warned during legal argument that if the interim interdict were granted it might have to walk away from the entire operation including the possibility of extracting any oil and gas which might have been found during the survey.

Amid growing protests and court actions against Shell’s seismic blasting survey off the ecologically sensitive Wild Coast, the Eastern Cape ...
News
4 months ago

It said it losses would amount to some R1bn.

But Bloem said Shell could not use the consequences of its own failure to adequately consult as a ground for not granting an interim interdict.

“The breach of those constitutional rights threatens the livelihoods and wellbeing of the applicant communities as well as their cultural practices and spiritual beliefs.”

Bloem dismissed the contention advanced by Shell that the communities should first have resorted to appealing to mineral resources & energy minister Gwede Mantashe before resorting to court.

He said the minister had publicly nailed his colours to Shell’s mast with his emotive claim that objections to the seismic survey were driven by colonialism and apartheid masquerading as environmental concern.

He said it seemed the minister had made up his mind and appealing to him would have been a “waste of time”.

Mineral resources minister Gwede Mantashe was ignorant and gravely insulting when he accused communities along the Wild Coast who are challenging ...
News
5 months ago

The interim interdict will remain in place pending the outcome of a high court application to stop the survey in its entirety.

That court will have to determine whether or not Shell requires an environmental authorisation obtained under the National Environmental Management Act.

There was an outpouring of relief and joy from individuals and organisations that have been protesting against Shell’s seismic testing along the Wild Coast.

Sustaining the Wild Coast’s Singegugu Zukulu said the voices of those directly affected had at last been heard.

“This victory is hugely significant because we have made sure that the rights of indigenous communities are kept alive,” he was quoted as saying in a press statement released by Greenpeace.

The Amadiba Crisis Committee said the case had ensured that profit did not override human rights.

“It is about making sure that the voices of rural communities are as important as the voices of the elite,” the ACC’s Nonhle Mbuthuma said.

Eastern Cape fury over Shell’s November seismic blasting of the Wild Coast and off Gqeberha is ringing in ears around the world. By 4pm on ...
News
6 months ago

“I can see our precious ocean inhabitants doing their own wonderful dance of joy and gratitude. Thank you to everyone involved.”

The Legal Resources Centre and Richard Spoor attorneys, who represented the communities also expressed their delight at the outcome.

The LRC’s Wilmien Wicomb said the case showed that “no matter how big a company is, it ignores local communities at its peril”.

Greenpeace Africa said popular support against the seismic blasting was key to the victory and called for protests to continue. — additional reporting by Mike Loewe