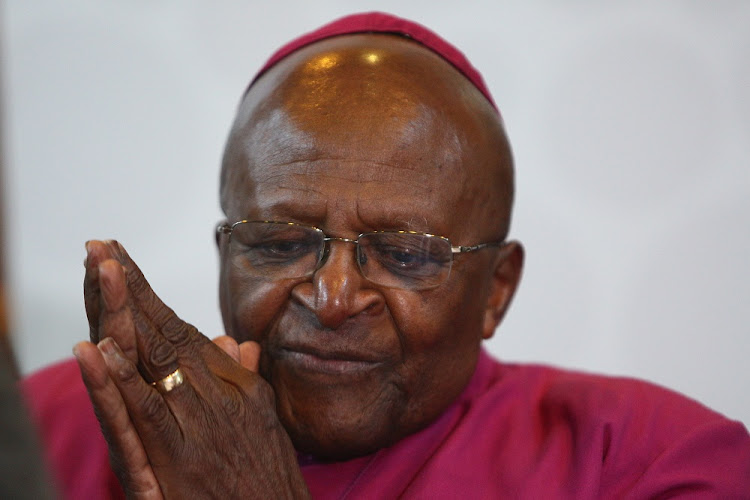 Archbishop Emeritus Desmond Tutu taught his children 'we are connected to all of humanity'. File photo.
Image: Halden Krog

The world continues to mourn Archbishop Emeritus Desmond Tutu, who died on Sunday at the Oasis Care Centre in Cape Town.

Naomi Nontombi Tutu recalled fond memories of her father when speaking outside her home in Cape Town. She reflected on the lessons her late father taught his children about ubuntu and respecting others.

“Those are the lessons I tried to hold on to. I probably fail more than I succeed. Daddy taught us about ubuntu and that how we respect others is key to how we respect ourselves, that we are connected to all of humanity.”

International relations and co-operation minister Naledi Pandor paid her respects to Tutu’s family at his home in Milnerton on Tuesday.

She said Tutu was an “amazing man of faith” who had the ability to transfer his faith into a struggle for freedom. She said the late anti-apartheid activist linked the teachings of the great religions to what a person needs to do to support a struggle against oppression.

“I had the privilege of working with the Desmond Tutu Educational Trust, which was the first bursary trust I’m aware of that linked working students to access to scholarships. It was his notion that you should not receive something without making a contribution, hence being a student worker. Working in the context of the canvas in which you are studying was a very important link to the scholarships he made available through the Noble Peace Prize.”

She said Tutu’s legacy was one of “inclusion”.

“He was for the poor and the marginalised and spoke very strongly for them,” she said.

Minister Naledi Pandor visits the home of Archbishop Desmond Tutu in Milnerton to pay her respects to the family. @TimesLIVE #ArchbishopTutu #DesmondTutu pic.twitter.com/YMkFnDAQFB

Dr Precious Moloi-Motsepe, chancellor of the University of Cape Town and friend of the Tutu family, speaks about the values passed down by Archbishop Desmond Tutu.@TimesLIVE #ArchbishopTutu #DesmondTutu pic.twitter.com/EB8MeYYTIF