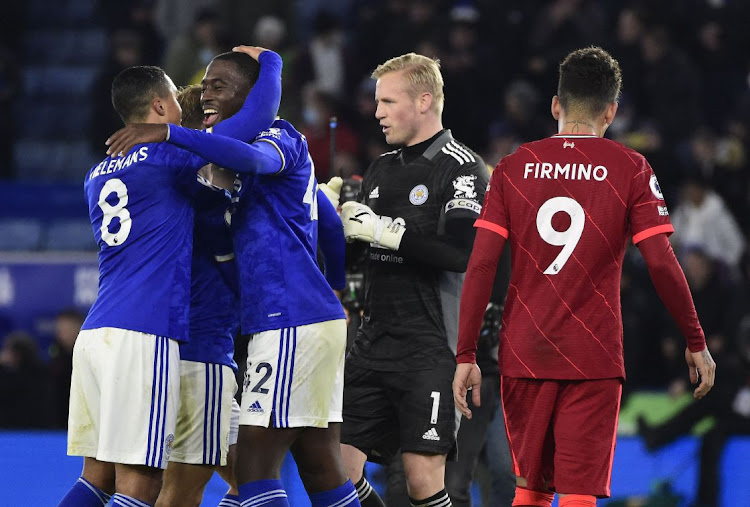 Liverpool coach Jurgen Klopp said his side cannot even think about being able to catch Premier League leaders Manchester City if they put in more performances like their showing in a 1-0 defeat by Leicester City on Tuesday.

Klopp’s side slipped to just their second league loss of the season at the King Power Stadium to leave them trailing City, who beat Leicester 6-3 on Boxing Day to make it nine league wins in a row, by six points from 19 games this campaign.

“It was not our plan tonight to give City the chance to run away,” Klopp told reporters.

“If we play like tonight we do not think about catching up with City.

“But if we play our football we can see what that means (for the title race).

“I don’t have a proper explanation for tonight. To find one is my main concern, not how City are doing.”

Lukaku has not started a league game since picking up an injury in October and missed the last two games after testing positive for Covid-19.
Sport
4 months ago

Liverpool had a host of chances in the match, including a Mohamed Salah penalty, but the Egyptian’s second-ever Premier League miss from the spot, along with some similarly poor finishing from others in red, meant Liverpool were frustrated.

“We needed some effort not to score tonight,” Klopp added.

“We had quite a few chances.

“I didn’t like the intensity even in the beginning but sometimes we have starts like this and we lost rhythm and never found it back.

“Tonight I didn’t like a lot in our game so we have to do better. We just weren’t ourselves.”

Leicester have struggled to replicate their form from the last two seasons, when they narrowly missed out on a top-four finish on both occasions, this campaign.

But they battled to get back into the game at leaders Manchester City on Boxing Day and again worked incredibly hard on Tuesday, against a much fresher Liverpool, and this time their efforts were rewarded with three points.

Blue was the colour as football fans returned in 2021

As football fans came back to stadiums in 2021 reclaiming the grounds from the lockdown emptiness of the previous year - the energy, noise and colour ...
Sport
4 months ago

“Given the context of the game on the back of Sunday (against City), the players put in a heroic performance given the recovery time and having played City,” Leicester coach Brendan Rodgers said.

“The players were amazing how they coped. We had to defend for our lives.

“I am really pleased for the players tonight.”

Liverpool dominated the first half against an injury-hit Leicester and looked set to take a deserved lead when they were awarded a 16th-minute penalty, only for Salah to see his spot kick saved by home goalkeeper Kasper Schmeichel.

The chances kept coming for the visitors, with Sadio Mane blazing over when he should have scored early in the second half.

Former Manchester United defender Gary Neville described the current side as "a bunch of whingebags" and singled out Cristiano Ronaldo and Bruno ...
Sport
4 months ago

It was backs to the wall for Leicester after that, but they dug in to secure a win that leaves second-placed Liverpool six points adrift of leaders Manchester City, as Foxes coach Brendan Rodgers got one over on the side he used to manage.

After conceding six at Manchester City on Boxing Day, Leicester’s morale-boosting win moved them up to ninth in the standings.

There were last-ditch blocks aplenty, bodies put on the line, but Leicester got the job done, with the players sinking to their knees upon the final whistle, having left Liverpool unable to score for the first time in 29 league games. — Reuters