'Can we go watch football now?'- Calls for government to open stadiums as curfew is scrapped 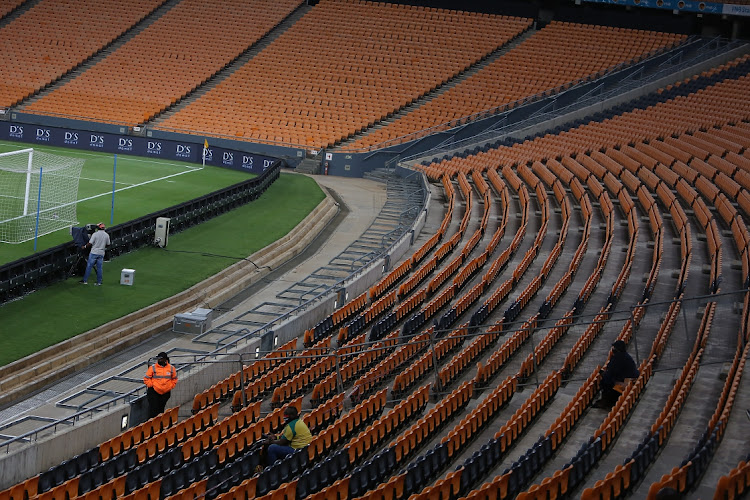 There have been renewed calls for sports stadiums to be opened to spectators after the government scrapped the Covid-19 curfew on Thursday evening.

The decision to scrap the curfew follows a special cabinet meeting on Thursday.

“Based on the trajectory of the pandemic, the levels of vaccination in the country and the available capacity within the health sector,” the cabinet decided to make these changes to adjusted alert level 1 with immediate effect:

“The risk of increase in infections is still high given the high transmissibility of the Omicron variant. Government calls on all organisers of gatherings to ensure that all health protocols are observed and that all attendees are encouraged to be vaccinated,” the presidency said.

SA's curfew has been lifted with immediate effect following a special cabinet meeting on Thursday.
News
4 months ago

While many celebrated the move, others wanted the limits on live sports revised.

Royal AM superfan Joy “Mama Joy” Chauke welcomed the return of local football league matches in the evenings, but called for spectators to be allowed into stadiums.

“It is a good move, but supporters want to return to the stadiums. They can’t be saying matches are moving back to their original time slots but they are not opening for us.

“I am hoping that by January or February we will be allowed to go back to the stadiums because that is the most important thing for the fans out there. It has been so long. Covid-19 is going to be with us for a long time to come, I think the best way to go about it is to allow vaccinated fans into stadiums,” she said.

On social media, many said they were ready to attend live sports events in stadiums and asked President Cyril Ramaphosa to “do the right thing”.

So @DDMabuza let’s say for example. @FnbStadium can allocate 1000 tickets for suites (Indoors) and 2000 outdoor (General Seating) .we must try this 😜 total 3000 people 😁 pic.twitter.com/KBwa0rjT26

Next We need full stadiums

Bad decision by the Government. Then they should open stadiums and allow 2K fans . Cancelling for booze

Can you guys open the stadiums, you are killing our football teams

What about fans rerurn to the stadiums?