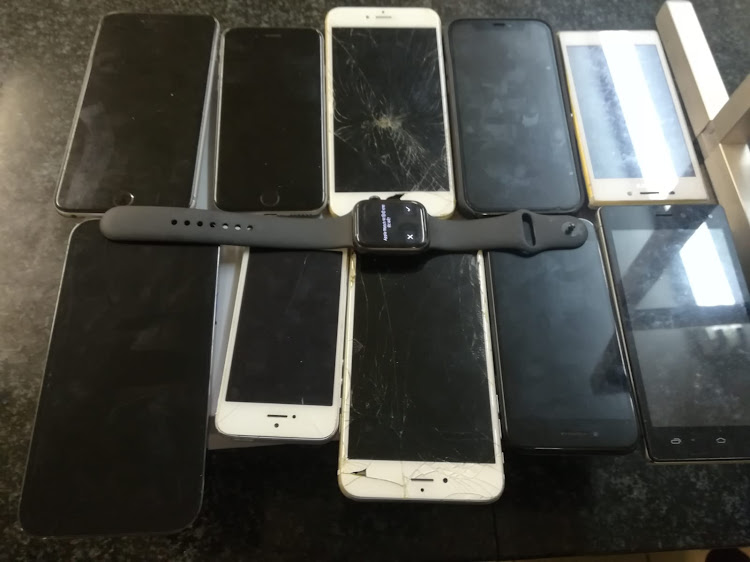 The SA Police Service Anti-gang Unit arrested a 38-year-old man in Central on Monday night after he was allegedly found to be in possession of suspected stolen goods.

The suspect was arrested at 9.30pm after members came across a suspicious person sitting in a vehicle in Cuyler Street, Central, according to police spokesperson Captain Andre Beetge.

Two cellphones, believed to have been stolen, were confiscated.

Following up further, the police searched the man’s residence where a further 10 cellphones, a laptop and an Apple watch — all allegedly stolen property — were confiscated.

“The suspect was arrested and a case of possession of stolen goods was opened against him at Humewood SAPS,” Beegte said.

He said the suspect would appear before the Gqeberha magistrate’s court on Wednesday.

Fed-up with persistent crime in their area, Duncan Village residents are taking it upon themselves to cleanse their area of criminal activities
News
1 year ago