No need to panic over attacks on state institutions: David Mabuza 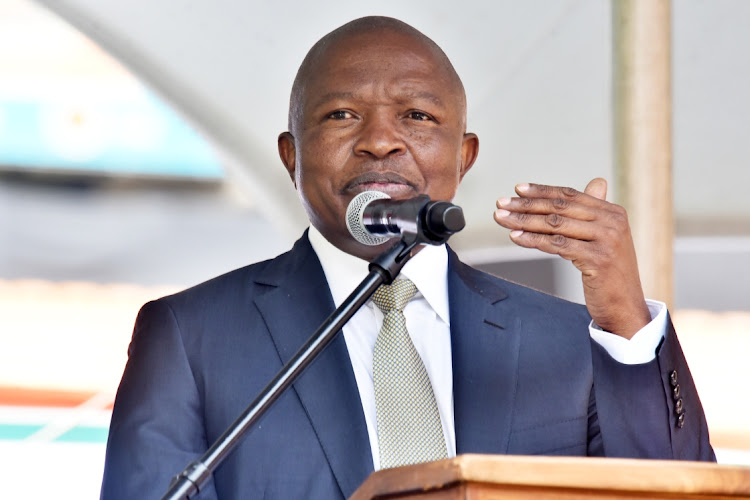 Deputy President David Mabuza is adamant that there is “no need to panic” over what seemed to be attacks on key state institutions.

In the past seven months the country has been engulfed in a cloud of security concerns, including the violent unrest in July in which at least 300 people died, cabinet ministers being held hostage, parliament catching fire and an attack on the Constitutional Court building.

Despite all this, Mabuza believes the government is in control of the situation.

“We are still able to handle these matters, they are within our control,” he said.

“Ministers were held hostage and those who held those ministers hostage have been arrested and are in court. We have institutions that are looking after our safety and we should not doubt those institutions and I’m sure we have strengthened them. Where we still need to investigate the burning of parliament we must allow that process to happen until we know exactly what happened. Let’s stop speculating because we’ll confuse ourselves,” he added.

Acting chief justice Raymond Zondo has voiced "grave concern" over the hammer attack at the country's apex court and says the security of the ...
News
4 months ago

Mabuza was speaking on the sidelines of his engagement with Cosatu shop stewards in Limpopo as part of the build-up to the January 8 celebrations on Saturday.

Asked how he would interpret the security concerns in the country, Mabuza said: “I take it that we are going through a very stressful period mainly because of the pandemic.

“There’s hunger, people have lost their jobs, lots of uncertainty, but in terms of the safety of our people, our people should know we have strong institutions that must be protected and that are looking after our safety. So there’s no need to panic.”

He called on the public not to speculate about the suspected arson in parliament.