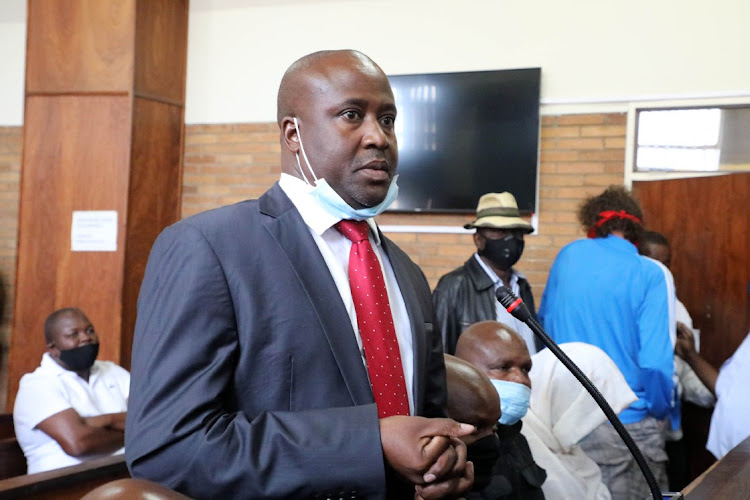 The pretrial hearing of former state security minister Bongani Bongo has been postponed because one of his co-accused changed lawyers and the legal representative of another accused didn't show up in court.

State prosecutor Henry Nxumalo asked for the postponement on the basis that Chirwa didn't come with his lawyer and another accused had changed lawyers.

“We are asking for postponement to March 31 to be able to proceed with the pretrial. This will also give the accused space to sort out their legal representation issues,” said Nxumalo.

The accused were arrested by the Hawks in October 2020 on 69 charges of money laundering, theft, corruption, fraud and contravention of the Public Finance Management Act.

The charges emanate from allegedly illegal land deals, including the purchase of the farm Naauwpoort in Emalahleni, Mpumalanga, for R37.5m by the provincial department of human settlements on behalf of the municipality.

The National Prosecuting Authority has challenged the decision made by Western Cape judge president John Hlophe to acquit ANC MP Bongani Bongo on a ...
News
1 month ago

According to the Hawks, the accused would inflate prices and convince the provincial government to buy the land.

Outside court, Bongo told Sowetan that the delay is costing them financially.

“I'm quite disappointed that they had to postpone to March. Remember, the case was postponed in March last year for six months and six months later they say it's [another] postponement.

“There are huge financial implications but we need to be patient because we need to prove our innocence, and like I proved my innocence in Cape Town, I'm also going to prove my innocence here,” said Bongo.