A guide to open beaches in Durban as E. coli levels decrease 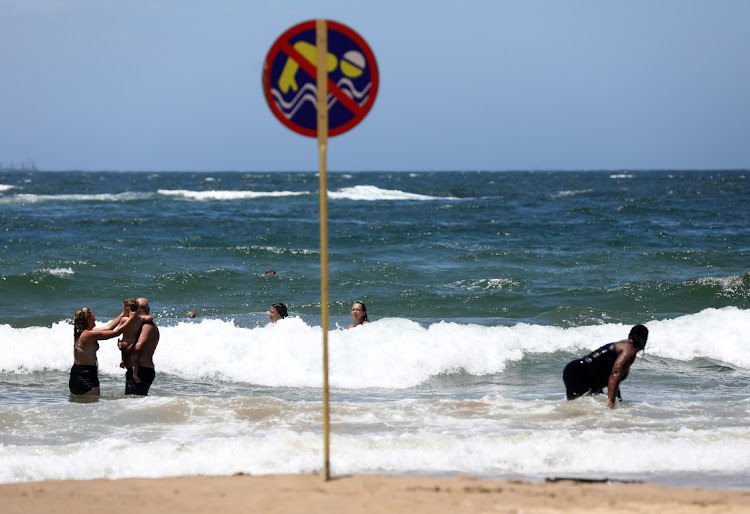 At least 16 beaches remain open for use by the public in Durban and surrounding areas after the eThekwini municipality closed several last week because of E. coli in the water.

The municipality said its latest tests revealed lower levels of E. coli, indicating the bacteria associated with sewage is decreasing.

All affected beaches remain closed for bathing and all other sporting activities. The public is urged to use other beaches that are free of the bacteria.

On Friday the municipality closed the six beaches — South Beach, North Beach, Bay of Plenty Beach, Sun Coast Beach, Country Club Beach and Umgeni Beach — after it had reopened the beaches a day before.

Beaches are full of sewage, toilets are blocked, overflowing and do not flush, holidaymakers at the beach are darting into the bush to do their ...
News
7 months ago

Mayisela said work to install a new transformer at the Johanna Road sewage pump station had started and was at an advanced stage.

This was after the municipality said “unacceptable” levels of E. coli bacteria were found in sea water after “vandalism” at a pump station.

“The pump is expected to start operating in full swing before the end of this week. The closure of beaches is not intended to frustrate the public but is a precautionary measure by the city to guard against members of the public bearing the brunt of contaminated water by falling ill.”

More tests are expected to be carried out as eThekwini scurries to reinstate one of its main tourist attractions.