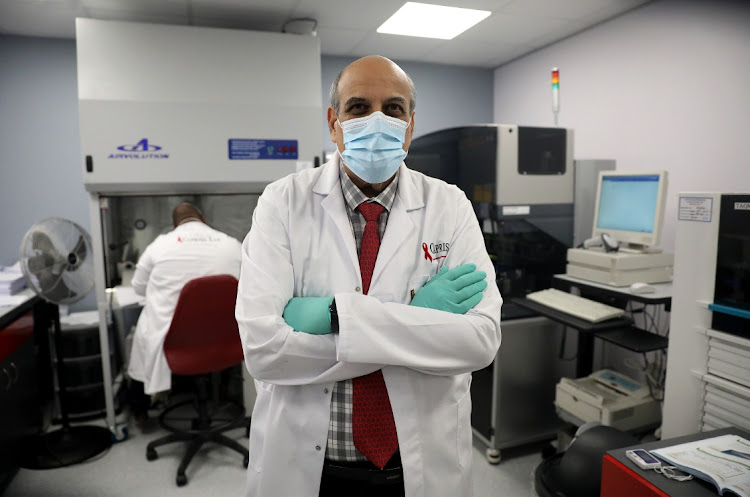 Infectious diseases epidemiologist Prof Salim Abdool Karim believes the worst of the Covid-19 variants could be over.
Image: SANDILE NDLOVU

SA is likely to be out of the Covid-19 fourth wave within days, and epidemiologist Prof Salim Abdool Karim believes the worst of the variants could be over.

Speaking on SABC News this week, the former government adviser and leading infectious diseases epidemiologist said future variants could be much weaker than Omicron .

He said future variants could continue to evolve and spread faster, but cause less severe disease.

“What we are likely to see now with future variants is that to displace Omicron it’s going to have to be able to spread even faster.

“Just based on what we can see now, we can expect that future variants, to beat Omicron, would have to in all likelihood be less severe,” said Prof Abdool Karim.

South Africa could be out of Covid-19 fourth wave within 10 or 11 days, says Prof Adrian Puren

Prof Adrian Puren says SA could be out of the Covid-19 fourth wave within 10 or 11 days.
News
2 weeks ago

Karim’s statement comes after National Institute for Communicable Diseases (NICD) acting executive director Prof Adrian Puren said the country is likely to exit the fourth wave in the next week.

Speaking on Jacaranda FM, Puren said the trajectory of the fourth wave was downwards in the majority of provinces and he hoped that would continue, especially with schools reopening and people returning to their home provinces.

“We hope that overall, the trajectory will still be downwards and that will be indicated by the number of new infections versus hospitalisations and deaths,” said Puren.

“I think that particular picture is promising at this time and that will continue so that we move out of this fourth resurgence.”

Meanwhile, the health department has announced that pop-up vaccination sites, along major travelling routes and at border posts, will remain open until Saturday.

State of disaster to remain in place.
News
3 weeks ago

The department said it had been working jointly with stakeholders, including the presidency and the transport department, to target travellers entering and leaving SA for vaccination against Covid-19.

Travellers do not need to register beforehand and are urged to provide verifiable identity documents and birth certificates for children aged between 12 and 17 years.

“Anyone living in the area where these border posts are situated will be able to receive vaccination services, including the booster shots, as long as they produce any form of verifiable identity document, passport or birth certificate, especially for children aged 12 to 17,” said the department.