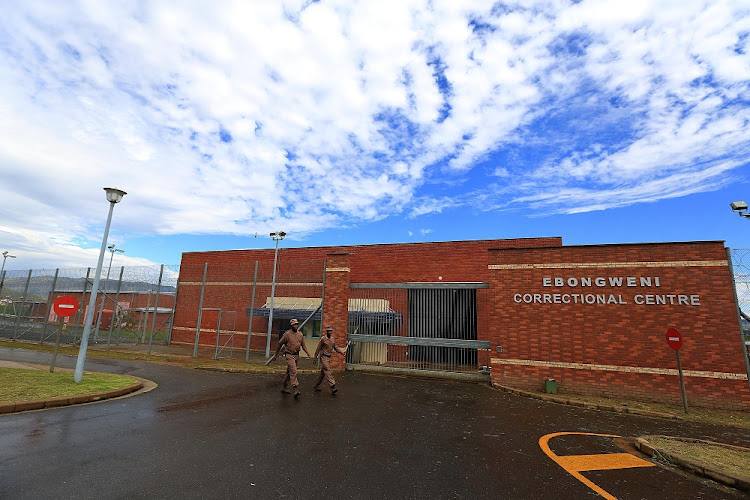 'Inmates sit alone in a single cell for 22 to 23 hours a day without stimulation or human contact. There is an hour of exercise in an isolated exercise cage and food is provided through a slim postbox sliver,' said a report on solitary confinement in SA prisons. File photo.
Image: Thuli Dlamini

The Judicial Inspectorate for Correctional Services (JICS) has reiterated its stance on solitary confinement in SA prisons, calling it a violation of human rights.

“At both these centres, inmates sit alone in a single cell for 22 to 23 hours a day without stimulation or human contact. There is an hour of exercise — not with other inmates, but alone, in an isolated exercise cage.”

“Food is provided through a slim postbox sliver. The initial period of solitary confinement extends for at least six months.”

Despite the facilities housing the most dangerous and violent inmates, the JICS said it remained deeply concerned about the harsh affect of solitary confinement.

An inmate was left dead while another prisoner and a prison official sustained serious injuries after a group of inmates attacked warders at ...
News
7 months ago

“This includes severe long-term health issues. These range from depression to suicidal tendencies. These severe consequences should be coupled with the absence of evidence showing that solitary confinement deters crime.”

“The findings in the JICS report is noted and acknowledged. Inmates are kept in their cells for 23 hours and given an hour exercise, which is in accordance with the standard operating procedures of the facility. The structural set-up of the facility dictates the incarceration of offenders in single cells. Other activities and services rendered are aligned to phases implemented. This may be perceived as solitary confinement, which is not the case. The intention is to segregate in line with prescripts.”

In addition, reviewed standard operating procedures (SOPs) for the Ebongweni and C-Max correctional facilities were also supplied to the JICS.

Nearly 18,000 illegal foreign nationals were incarcerated in the country’s correctional facilities in the last five years.
News
6 months ago

The inspectorate said official responses from the department of correctional services to its 2021 reports remain outstanding.

JICS said it would engage with DCS’s executive summary and reviewed SOPs and offer further recommendations in due course.

“Solitary confinement is contrary to SA’s commitment to a human rights approach to crime and punishment. It was employed during apartheid. Our democracy rightly excised this inhumane practice from the Correctional Services Act. We must ensure that conditions of incarceration are consistent with the human dignity and good health of inmates.”