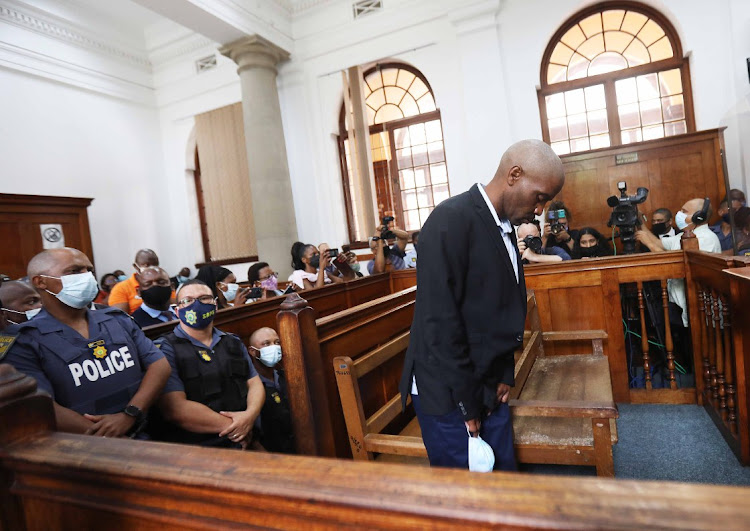 Mafe was referred to the psychiatric hospital by Cape Town magistrate Zamekile Mbalo for 30 days of observation, based on a report compiled by district surgeon Dr Zelda van Tonder. Van Tonder recommended Mafe undergo mental observation after he was diagnosed with paranoid schizophrenia.

Judge president John Hlophe said keeping Mafe at the hospital would be “unlawful”.

“Further detention of Mr Mafe in Valkenberg Hospital is unlawful and should come to an end with immediate effect. He should be released and placed in a normal correctional facility and taken out of Valkenberg. That order was made improperly and unlawfully,” said Hlophe.

The high court in Cape Town on Tuesday overturned Zandile Mafe's referral to a mental hospital.
News
5 months ago

Advocate Dali Mpofu argued, on behalf of Mafe, that he was denied the opportunity to get a second opinion on Van Tonder’s diagnosis.

Mpofu said Mafe had told him he did not understand what the diagnosis was and what it meant.

“He said ‘there is nothing wrong with me and I would like to be released’,” said Mpofu.

Mafe’s lawyer Luvuyo Godla said it was still unclear whether his client, who has Covid-19, will appear in court on Saturday for a bail application.

Godla welcomed the court ruling to release Mafe from the institution.

“The wheels of justice are grinding even faster than Saturday in that we have been pleading and crying for justice. Today the court has set aside the unlawful order made by the magistrate’s court on January 11,” said Godla.

Mafe is set to be released from the mental institution on Wednesday.

Many took to social media to weigh in on the judgement, with some hailing Hlope and others claiming he was "using the bench to fight factional wars".

Judge Hlophe is the same judge who tried to influence other judges on Zuma’s charges. He presides over #ZandileMafe case & overrules other judgments. Hope SAns can make the connection here. We’re not swayed. This judge’ll stop at nothing to protect the RET cult, Guptas included

WC Judge Hlophe is very predictable. He's been using the bench to fight factional wars & to settle scores through judgements devoid of legal merit. He has made it obvious he was pandering to the Zuma's RET faction & the EFF, behaving like a secret agent in a robe. #ZandileMafe https://t.co/MebgXWuW5P

"Detention of #ZandileMafe in Valkenberg is unlawful and should come to an end with immediate effect" - Judge President Hlophe. Our only hope#✊🏾 pic.twitter.com/XNPcNvoVCt