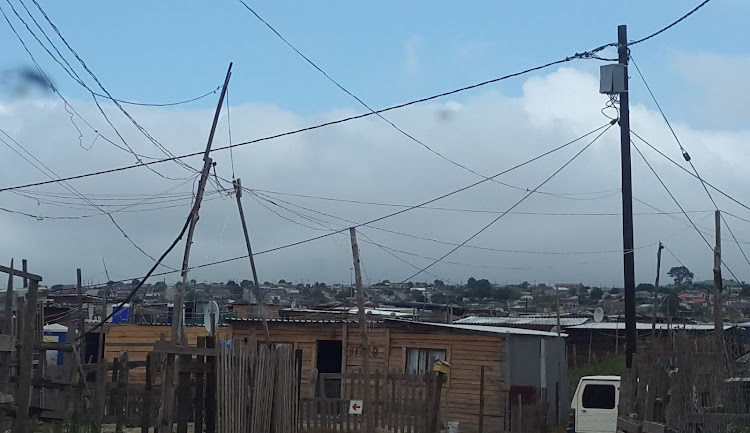 The day after her four-year-old child was electrocuted by a fence due to illegal electricity connections, the child's mother was shocked by the same fence.

"Fortunately she survived the incident," the George municipality, on the Garden Route, said on Wednesday.

Mayor Leon van Wyk expressed condolences to the bereaved Thembalethu family. He appealed to residents not to make illegal connections as they were "a danger to society".

"The information available at this stage indicates that Ophayo touched an electrified fence that ran past her home to nearby informal settlements," the municipality said.

Nolundi Tukushe, Ophayo's mother, was shocked by the same fence while hanging washing on Sunday, it said.

Illegal electrical connections claimed yet another life in the Buffalo City area on Friday morning.
News
5 months ago

"The municipal electro-technical services department said they were only informed about the two incidents in the aftermath on Sunday morning. The fence was safely removed."

Van Wyk said police were investigating the two incidents. "We ask that law-abiding citizens take it upon themselves to report illegal connection activities to police as soon as they see them taking place.

“Any electricity ‘tapping’, no matter how small or innocent-looking, is illegal and dangerous and can cause more trouble than you know.

“As it was with this incident, the sad part is that children are more likely to be in danger; they can easily be killed due to their lower weight, because illegal connections have no earth leakage protection."

The electro-technical services department had removed illegal connections in the Tukushe family's area on Thursday, two days before Ophayo was killed, according to the municipality.