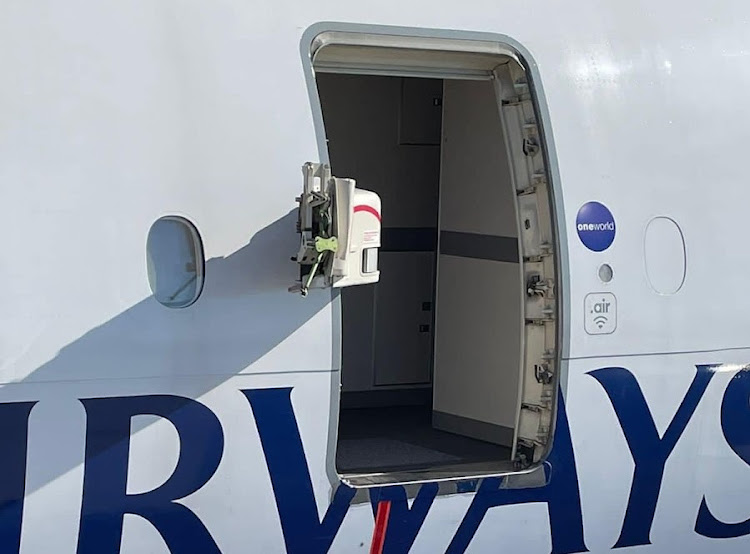 The door of a British Airways plane was torn off when it was under tow at Cape Town International.
Image: TWITTER

The door of a British Airways (BA) aircraft was ripped off in an unusual accident while the aircraft was stationary at Cape Town International Airport, the airline confirmed on Thursday.

No customers or crew were on board at the time but the airline had to cancel an overnight flight to London on Wednesday.

“We have apologised to our customers for the delay to their departure from Cape Town due to an issue with the original aircraft,” BA said in a statement.

“Our customers continued safely on their way to London on an alternative service.”

The door of the Boeing 777 became detached during routine towing, the airline said.

Pictures of the plane without its door prompted banter on social media. An initial post by Ivan Leon appeared under the heading “That’ll Buff Right Out”.

In response somebody quipped, “Just tape a bag over the space, it’ll be fine.”