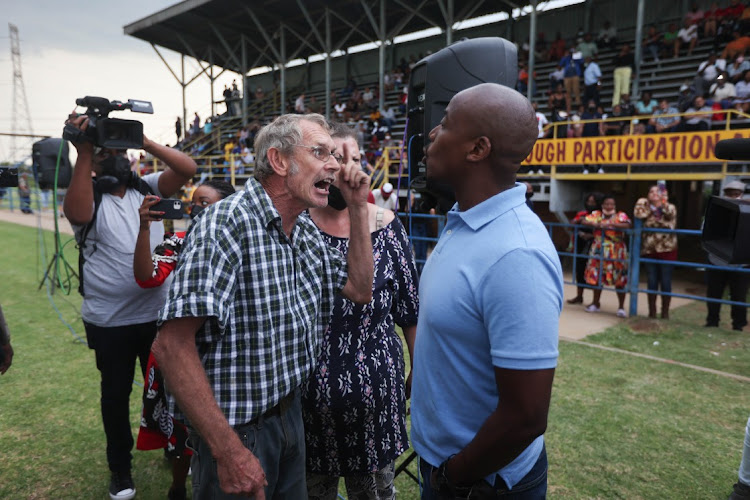 Irate parents argue as others gather for a meeting with Gauteng education MEC Penaza Lesufi on February 17 2022 at Hoerskool Jan Viljoen, Randfontein, West of Johannesburg. The event was rained out.
Image: ALAISTER RUSSELL/ SUNDAY TIMES

The MEC was late for the meeting, and while parents waited for him chaos was the order of the day.

Listen to the heated altercation, livid parents and MEC:

It was a shouting match, with slurs being traded between black and white parents inside the school stadium.

Mayhem broke out when the MEC was late amid claims that black parents were refused entry to the school.

Minutes before Lesufi arrived, a thunderstorm and heavy rain damaged the stage. Angry parents told TimesLIVE their time was wasted and they want the racial allegations at the school solved fast.