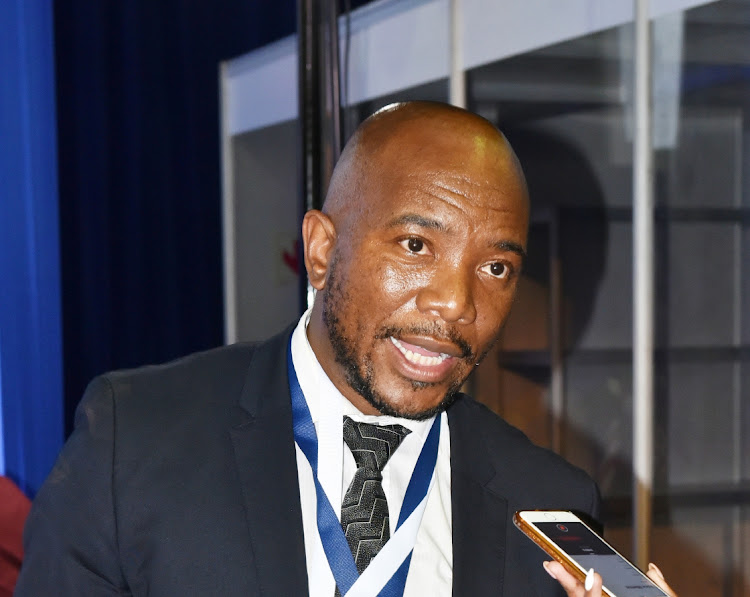 One SA Movement leader Mmusi Maimane has spoken out against Zimbabwe president Emmerson Mnangagwa after reports he used police to disburse crowds during a rally.
Image: Freddy Mavunda

One SA Movement leader Mmusi Maimane has slammed Zimbabwean president Emmerson Mnangagwa for allegedly unleashing police on attendees at a political rally hosted by his opponents, Citizens Coalition for Change (CCC), at the weekend.

CCC leader Nelson Chamisa was in Gokwe to address a campaign rally before by-elections on March 26. However, the gathering was thwarted by authorities who allegedly fired water canon on his supporters.

So low! But Why?? We were the first once to notify the police about our Kwekwe and Gokwe rallies. ED countered by provocatively and arrogantly penciling his rally for Kwekwe. We don’t accept bullying!! https://t.co/j6EINBu5Gh

“The abuse of police [is] unacceptable. We had no single police officer in Highfield or at any of our rallies. Our rallies are not covered by police. They just disrupt our activities. Police are only for Zanu-PF. They don’t have police to cover the rally, but they have police and an arsenal to block us,” Chamisa tweeted.

THE ABUSE OF POLICE UNACCEPTABLE..We had no single policeman in Highfield or at any of our rallies.Our rallies are not covered by police.They just disrupt our activities.Police are only for Zpf. They dont have police to cover the rally,but they have police and arsenal to block us pic.twitter.com/RceqXl8lhr

He also called on SA to defend democracy and respond accordingly to leaders who sought to silence their political opponents.

“Do not use the police to frustrate your political opponents Emmerson Mnangagwa. You think you are [Russian President Vladimir] Putin but you are quarter [late Zimbabwean President Robert] Mugabe. The world is not going to tolerate thuggery any more. SA is already paying the price for your brutality and corruption,” Maimane tweeted.

Do not use the police to frustrate your political opponents @edmnangagwa, you think you are Putin but you are quarter Mugabe.

The world is not going to tolerate thuggery anymore.

South Africa is already paying the price for your brutality and corruption.

As South Africa we must defend democracy and we must stand with those fighting for freedom.

In Zimbabwe the regime has oppressed its people and rigged elections.

In Swaziland there is a monarch who is killing activists fighting for real democracy.

We must join the global community in calling for Russia to cease its military invasion of Ukraine.

Mmusi Maimane reflects on his political career starting in the ANC

One SA Movement leader Mmusi Maimane revealed that before he joined the DA, his political career started with the ANC.
Politics
8 months ago