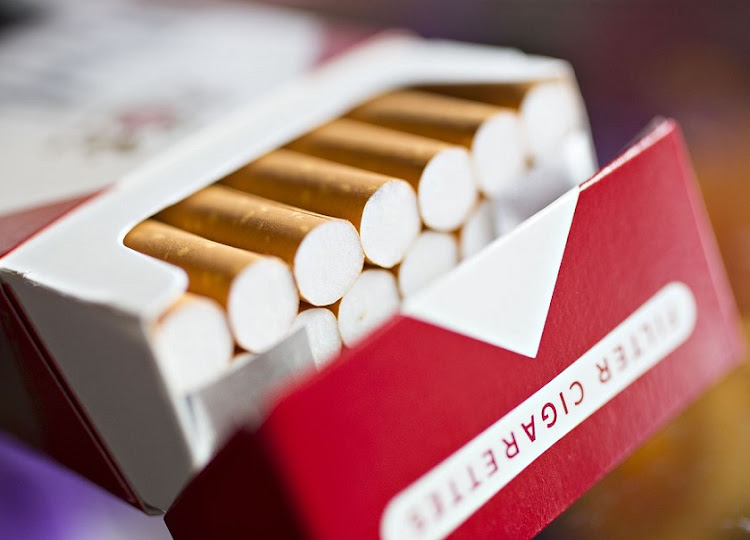 Tobacco ban in court The government argues that 'in a situation of evolving scientific knowledge, and with infection numbers rising and likely to continue to do so, it had to take a cautious approach' and ban smoking.
Image: Bloomberg

The tobacco ban during lockdown level three was justifiable under the constitution, the Supreme Court of Appeal (SCA) heard on Thursday.

The court was hearing an appeal against the December 2020 judgment of the Western Cape High Court, which found that the tobacco ban had breached a number of human rights under the constitution and that the ban was unlawful because it was not  “necessary” to prevent an escalation or to alleviate the effects of the disaster, as required by the Disaster Management Act.

The ban has long been lifted, and President Cyril Ramaphosa said in his state of the nation address that the national state of disaster would soon also be a thing of the past. But there is no guarantee, even if the state of disaster is lifted, that it will not be declared again in the face of a new Covid-19 variant.

With that uncertainty, the final word of the courts on the tobacco ban is important: if the government ever wanted to ban the sale of cigarettes to the public again, the high court judgment — if it stands — would be a significant obstacle.

The court’s reasoning can also be extended to other bans and rules around the movement and sale of goods and services in any future state of disaster.

Ipsos researchers have found that at least two-thirds of stores in four hotspot provinces are selling cigarettes below the minimum collectible tax ...
News
7 months ago

Counsel for the government, Andrew Breitenbach SC, argued at the SCA that the high court judgment should not stand. He said the government, which has a constitutional duty to protect the health and lives of all South Africans, had acted reasonably at the time.

“In a situation of evolving scientific knowledge, and with infection numbers rising and likely to continue to do so, the government had to take a cautious approach,” he said.

The regulation banning tobacco was made on May 28 2020 and lasted until August 17  2020, when SA moved to alert level 2. Breitenbach argued that the scientific evidence at the time was that smokers with Covid-19 had higher ICU admission rates and a higher need for ventilators.

The purpose of the ban was to relieve the strain on the healthcare system.

Under the constitution, the government may limit constitutional rights if the limitation is “reasonable and justifiable in an open and democratic society based on human dignity, equality and freedom”.

The constitution then goes on to set out a list of factors that must be balanced in determining whether a limitation is justifiable. These include the importance of the rights being limited, the importance of the limitation, the relation between the limitation (here, the tobacco ban) and its purpose (to alleviate the strain on the healthcare system) and whether there were “less restrictive means” to limit the right.

In court on Thursday, much of the argument focused on the relation between the limitation and the its purpose. Breitenbach referred to the evidence that cigarette smoking was associated with more severe Covid-19 and that stopping smoking had immediate positive effects.

But counsel for British American Tobacco SA (Batsa), Alfred Cockrell SC, said it was not enough for the government to show that stopping smoking had immediate “general good” effects. The government had to show that if someone stopped smoking for a few months during lockdown, it would reverse or lessen the progression of the coronavirus disease.

“The point is that the dangers from cigarette smoking result from long-term chronic use,” he said.

Even if smokers are more susceptible to Covid-19 risks, that would be because of years or decades of smoking. The minister had to show this susceptibility would be reversed if smokers stopped smoking for a few months, said Cockrell. He said that, in the affidavits filed on behalf the government, co-operative governance minister Nkosazana Dlamini-Zuma “did not grapple with this issue”.

But Breitenbach said the experts cited by Dlamini-Zuma did deal with the issue and went back to the affidavit of Prof Nyamande, who said that risk of having severe Covid-19 is higher in current smokers compared to former smokers, and that the rate of lung function decline among quitters improves considerably compared to those who continue to smoke.

Cockrell said the benefits cited by the minister had to be weighed against the costs — the limitations to constitutional rights, including the rights to dignity, privacy and practice of a trade. There was also the cost to the fiscus — R1bn a month — and  the damage done to those who participated in the economy of producing cigarettes, including subsistence farmers, said Cockrell.

The court heard argument on what kind of regulations the government may legitimately make under the Disaster Management Act’s rubric of steps that “may be necessary to prevent an escalation of the disaster, or alleviate, contain and minimise the effects of the disaster”.

Here, the appeal court must contend with apparently conflicting judgments from the Gauteng and Western Cape divisions of the high court. While the Western Cape court said the steps must be “strictly necessary”, the Gauteng court had been persuaded that if they were “reasonably necessary” they would pass muster.