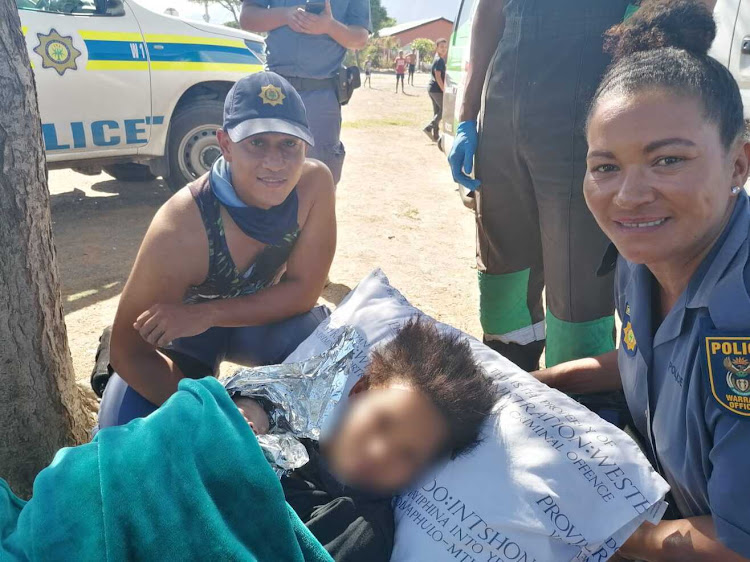 Constable Monray Prins wrapped the newborn in his shirt until an ambulance arrived.
Image: SAPS

Police on a routine patrol found themselves going beyond the call of duty when they delivered a healthy baby boy under a tree in Worcester in the Western Cape.

“Local sector commander Warrant Officer Anneline Fielies was busy with patrols when she was approached by a male asking her to assist his girlfriend suffering from labour pains,” said police spokesperson Capt Frederick van Wyk.

It soon became apparent the baby would not wait for an ambulance to arrive at Aan de Doorns Road on Tuesday afternoon.

“The member called the ambulance service for assistance while she cordoned off the area with blankets. Moments later, the member delivered a healthy baby boy, after which she was assisted by Const Monray Prins, who took off his shirt to cover the newborn baby,” said Van Wyk.

An ambulance arrived shortly afterwards and transported mother and baby to a nearby hospital.

Two Eastern Cape police officers rolled up their sleeves — not to catch a criminal ... but help deliver a bouncing baby boy. Kinkelbos​ station ...
News
8 months ago