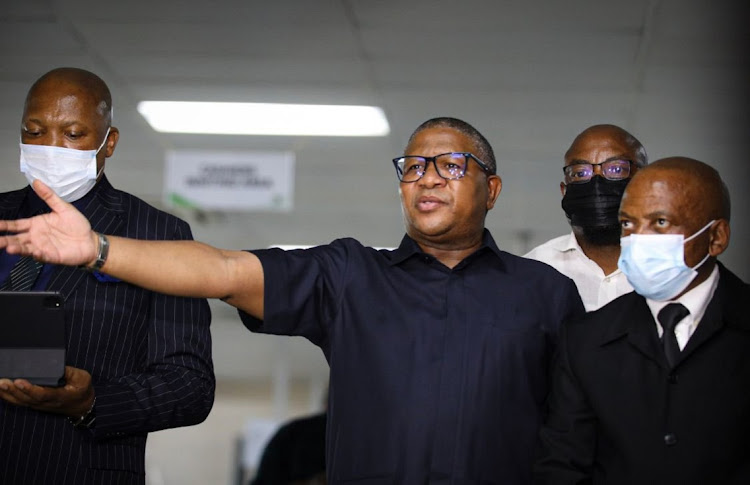 The deadline for expired driving licences may be extended beyond March 31, with  transport minister Fikile Mbalula to give a briefing on the issue on Thursday morning.

In August it was announced that all learner’s licences, driving licence cards, temporary driving licences and professional driving permits that expired between March 26 2020 and August 31 2021 were deemed to be valid until the end of March.

Outa and the AA have lobbied to extend the deadline due to a backlog of motorists who were unable to renew their licence cards in time, but Mbalula has stood firm, saying the grace period would end on March 31.

However, on Wednesday afternoon he hinted that the grace period might be extended by tweeting: “Tomorrow, 31 March 2022, we will give an update on the deadline for the extension of licence validity. On August 2021, the Dep of Transport announced the extension of a grace period ending on 31 March 22, this approaches an end tomorrow.”

“Insurers may repudiate claims if motorists are driving with expired licences."
News
3 months ago

Mbalula has ignored previous calls to extend the deadline despite recent protests at driving licence testing centres (DLTCs) causing delays. The department of transport last week said it was on track with the production of outstanding licence cards, and that the bottleneck experienced between November 2021 and January 2022 due to a broken printing machine would be cleared by April.

UPDATE ON LICENCE RENEWALS: Tomorrow, 31 March 2022, we will give an update on the deadline for the Extension of Licence Validity.

On August 2021, the Dep of Transport announced the extension of a grace period ending on 31 March 22, this approaches an end tomorrow. pic.twitter.com/twekyT9EWO

Earlier this week Outa warned that the government should either extend the deadline or stop issuing fines to motorists with expired licences, lest it “start a war with citizens that it cannot win”.

Outa estimated there would well over a million motorists with expired driving licence cards after March 31.

The civil action organisation said it would leave motorists “at the mercy of overzealous or corrupt law-enforcement officers who may use this as an opportunity to extort bribes from the motoring public”.

On Thursday the AA added to the call for a deadline extension, saying a crisis was looming with hundreds of thousands of drivers who have still not applied for their new cards.

“Given the recent problems with the production of driving licence cards, and issues around DLTCs and online booking systems, we believe it’s unrealistic to expect that this enormous backlog will be cleared by tomorrow; this leaves hundreds of thousands of drivers without the necessary documents to be on the road legally,” the AA said.