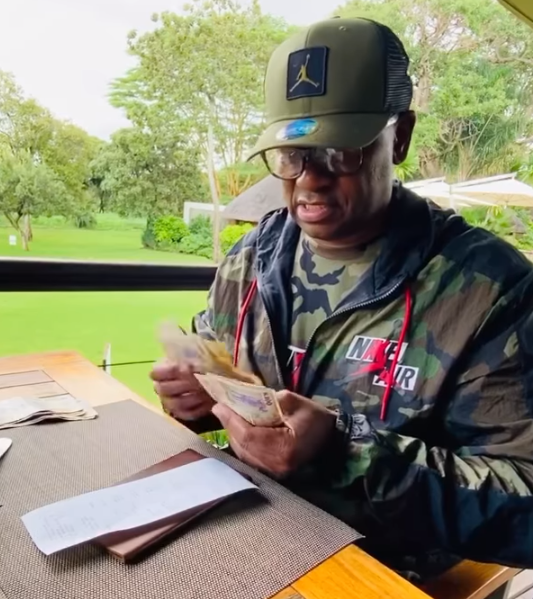 Businessman Malcolm X said he would pay R500,000 of the R818,000 spent by Sibongile Mani but only if that would keep her out of jail.
Image: Instagram / business_malcolm_x

In a bid to keep convicted Walter Sisulu University student Sibongile Mani out of jail, businessman Malcolm X has pledged half a million rand to help repay the R818,000 of NSFAS funds spent by Mani after the money was erroneously deposited into her account in 2017.

Taking to his social networking page on Wednesday after the Eastern Cape regional court sentenced Mani to five years behind bars, Malcolm X said: “I, Malcolm X aka Business, hereby pledge R500,000 towards the R818,000 that the Walter Sisulu University (WSU) student, Sbongile Mani, ‘accidentally’ used from the R14m that was ‘accidentally’ transferred to her bank account, provided the payment of this money will lead to her immediate release from prison.

“I urge responsible entrepreneurs to donate the other R318,000 to round up the R818,000 that she ‘accidentally’ used for herself and other students,” he added.

While many commended the businessman for his kind gesture, repayment of the funds was not an option given by the court.

Mani, a 31-year-old mother of two and education honours degree student, was found guilty of theft, with the court rejecting her plea for a non-custodial sentence.

She is currently out on R1,500 bail pending her legal team filing papers to have her conviction and sentence overturned.

A technical glitch in 2017 led to Intellimali, the company contracted by NSFAS to make food and book allowance payments to students, erroneously transferring R14m into her account. She qualified for a R1,400 monthly payment.

The National Prosecuting Authority on Wednesday explained that while Mali was sentenced to five years’ imprisonment, she could possibly only spend 10 months behind bars.

The NPA explained that Mani’s sentence is subject to the provisions of section 276(1)i of the Criminal Procedure Act.

Mani’s conviction and sentence have been the subject of debate with some feeling the sentence imposed was too harsh.

The SA Union of Students greeted the sentence with “utter regret, disappointment and sheer discombobulation”.

Saying while it did not condone the undue use of the funds by Mani, “The court, we feel, was ludicrously harsh, to the point of lunacy juxtaposed against previous cases and incidents of corruption, fraud and misappropriation.

“We further feel that the court was found absent to the socioeconomic realities of SA, in the sense that we believe that majority of South Africans, placed in the very same situation, they would, as with stumbling across a R5,000 roll of money, spend it.”

The SAUS said: “We are currently in the process of establishing legal processes to assist her to appeal this case, as we firmly believe a higher court might find differently as it pertains to her sentence.”

Sibongile Mani should not be facing prison time while ANC politicians are comfortable in their luxury vehicles and looting our taxes.

I really feel like she is getting a raw deal.

She did not intentional set out to defraud the state, she didn’t steal. She just did what most of us would have done if we came into mysterious money…