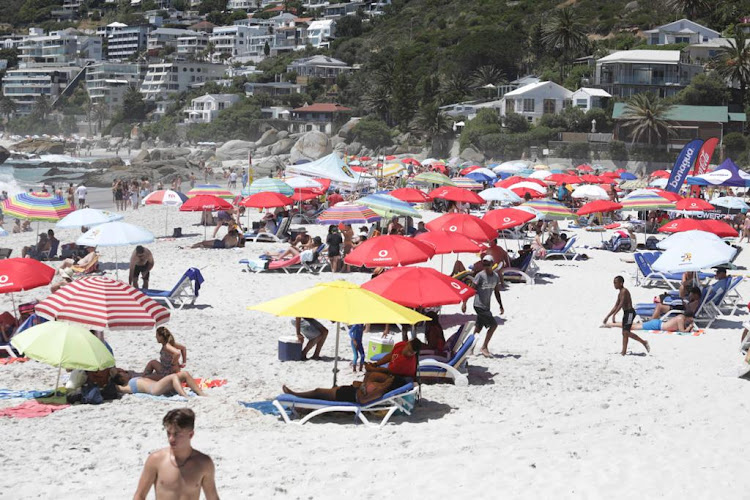 The Federated Hospitality Association of SA (Fedhasa) says the government's lifting of the state of disaster will spell the end of many rules, like temperature checking and contact tracing, that burdened the hospitality industry.

While Fedhasa has welcomed the announcement made by President Cyril Ramaphosa on Monday night, its chair Rosemary Anderson said the industry wants the urgent removal of the PCR test requirement for unvaccinated children between the age of five and 12 years “as this is damaging inbound family travel to SA as well as hindering SA families from travelling”.

According to regulations, announced last month, only children under the age of five are exempt from having to furnish either a vaccination certificate or negative PCR test to travel to SA.

Unless you live in a major centre, a UK family wanting to travel to SA has to leave home a day early and incur the additional cost of a night in a hotel and the worry their travel plans will be derailed entirely if their child tests positive

The issue, said Fedhasa, lies in that many countries do not offer vaccinations to children between five and 12 years, and neither does SA.

“This means even if parents are fully vaccinated, a family with children aged between five and 12 years has no choice but to pay for PCR tests, which we know in certain countries like the UK is not only onerous to obtain, but also expensive,” said Anderson.

In the UK, one of SA's largest source markets, it can cost as much as £150 (about R3,000) for a PCR test issued within 12 hours because clinics are only located in major centres.

“So unless you live in a major centre, a family wanting to travel to SA has to leave home a day early and incur the additional cost of a night in a hotel and then bear the additional worry that their travel plans will be derailed entirely if their child tests positive. This doesn’t make sense when SA’s regulations state that if you are Covid positive, yet asymptomatic, there is no need to self-isolate.”

Anderson said SA being red-listed by other countries at the end of last year, caused “untold damage to the tourism and hospitality sector and job losses”, which angered the public.

“A few months later and it would appear we’re scoring our own goal by precluding families with children between the age of five and 12 years from visiting SA because of this inconvenient rule.”

After 750 days, SA has declared an end to the national state of disaster.
News
2 months ago

Anderson said under the 50% capacity restriction many international events that could be hosted in the country would not be viable.

“We are delighted the state of disaster has finally been lifted after 750 days of being in place, bringing an end to many of the rules that have burdened the hospitality sector, such as temperature checking and contact tracing, which have proven largely unscientific to stem the spread of Covid-19.

“For medium- to long-term planning to take place and events business to be secured, we need certainty. This is an opportunity for us to position SA as a leading meetings, incentives, conferencing and events destination.”

According to Fedhasa, if job creation is top of mind for the government, regulations which it says are without any scientific base and prohibit the private sector from creating jobs should be removed.

Anderson said Fedhasa wanted to establish a partnership with the government to develop a plan on how to grow the tourism industry, market the destination and create thousands of new jobs.

“As we enter a new post-pandemic era, we have learnt the importance of meaningful engagement and hope that the government sees the benefit thereof.

“The tourism industry is a key potential driver of the economy and job creation.

“Government also needs to realise hospitality and tourism are being stymied by government policies, inefficiencies and red tape such as the slow processing of licences.”

This week, the Siyavuya Foundation, in collaboration with the department of transport, launched the 2022 Eastern Cape SUV Challenge. The aim of ...
News
3 months ago

Business Unity SA (Busa), which enables business co-operation within the rest of Africa, Brics and internationally, welcomed the lifting of the state of disaster.

Busa CEO Cas Coovadia said the organisation believes declaring a state of disaster during the pandemic was the right decision, but urged government to make tough decisions to grow the economy.

“The lifting of the state of disaster and the passing of the 30-day transition period gives SA the opportunity to accelerate efforts to grow our economy in a sustainable and inclusive manner, thus creating much-needed jobs,” Coovadia said.

“We urge government to demonstrate courageous leadership by taking the tough decisions to attract investment and work with business and other social partners to grow our economy.

“We galvanised ourselves as a country, as all sectors of society, to collaborate to beat the pandemic. We focused on a critical issue and united to address it. We must do the same to attract investment, grow our economy and create sustainable jobs.”

He said this was the only way to deal with the country’s severe socioeconomic problems.

“Business stands ready to work with government as a credible and robust partner.”

He cautioned that the coronavirus was still with us and vaccination remained the best weapon.