‘I had no choice, my people are dying’: Ukraine ambassador to SA on her ‘undiplomatic’ tweet 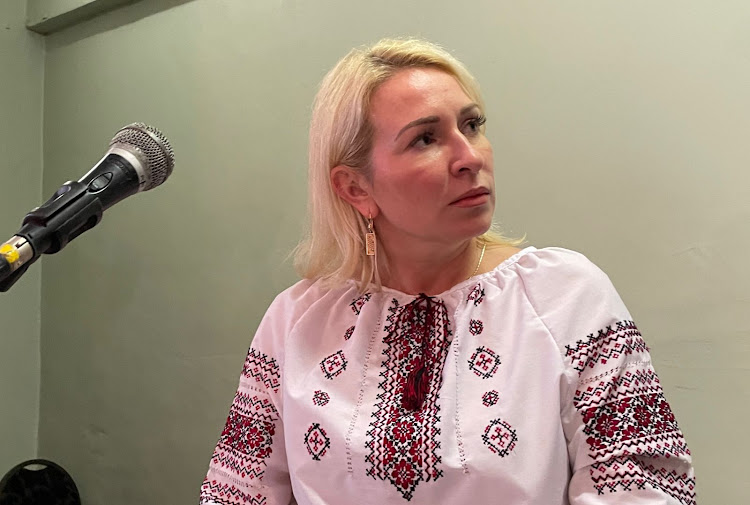 Ukranian Ambassador to SA Liubov Abravitova is desperate to meet with President Cyril Ramaphosa while her country is under attack. File photo.
Image: Anthony Molyneaux

Ukrainian ambassador to SA Liubov Abravitova says she was forced to use Twitter to request a meeting with President Cyril Ramaphosa and department of international relations and co-operation (Dirco) minister Naledi Pandor.

“I don’t only have no choice, I have no time. My people are dying, tortured, raped,” she told TimesLIVE on Tuesday.

Abravitova made headlines on Monday when she tweeted: “Since the beginning of the Russian invasion, I did not have any requested meeting with SA government officials. 45 days. My people are under brutal attack from Russians now.”

This prompted Dirco’s Clayson Monyela to lambaste her for her conduct by tweeting back: “Ambassador, you know this is wrong and undiplomatic. 1. You met @DIRCO_ZA diplomats on March 3. 2. Head of Europe branch several times. 3. President’s IR adviser. 4. DM @alvinbotes. We’ve long made a request for HE C Ramaphosa to speak to your president. You are not responding.”

Monyela was not immediately available to clarify his tweet.

I insist on an audience with different ministers. Is it against the legislation in SA?

Digging in her heels, she added: “I insist on an audience with different ministers. Is it against the legislation in SA?”

SA has received flak from European and Western nations for abstaining during a UN General Assembly vote to condemn Russia’s invasion of Ukraine.

International community ‘cannot be found isolating one party or bringing it to its knees’: Naledi Pandor

International relations and co-operation minister Naledi Pandor has defended SA’s decision to abstain from a UN General Assembly vote that sought to ...
News
2 months ago

Ramaphosa has indicated he would also like to engage with Ukraine’s President Volodymyr Zelenskyy in a bid to convince both countries to rather settle their differences in a peaceful manner through negotiations.

Abravitova’s tweet confirms the meeting between the two heads of states has not yet taken place.

While she has not been able to meet Ramaphosa and Pandor, her tweet got the attention of newly appointed Dirco director-general Zane Dangor.

Abravitova tweeted a picture of them together but denied the meeting was about the war in Ukraine.

“The meeting we had with the DG was not related to my tweet. Our discussion was the initiative of the new DG to meet the ambassador of Ukraine for the first time, as he is new in the office,” said Abravitova.

She said she had requested meetings with different ministers on different issues related to the Russian invasion. “Of course, I’m waiting,” she added.