Evacuation buses have not reached pickup point yet – Mariupol council 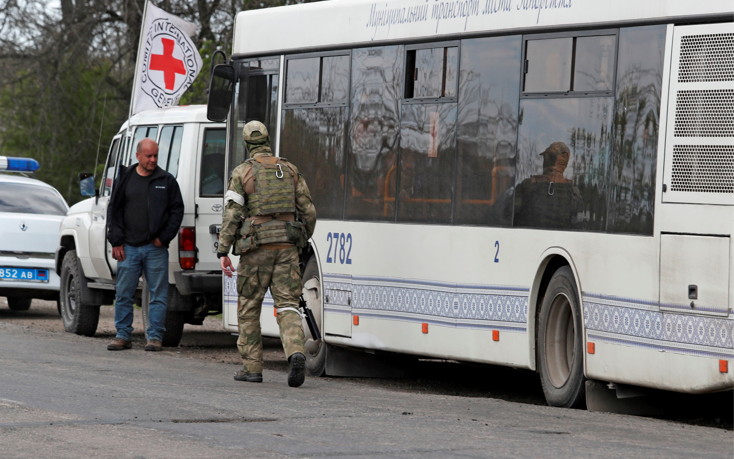 A service member of pro-Russian troops walks next to a bus as civilians from Mariupol, including evacuees from Azovstal steel plant, travel in a convoy to Zaporizhzhia, during Ukraine-Russia conflict in the Donetsk Region, Ukraine on May 2, 2022.
Image: REUTERS/ Alexander Ermochenko

Buses seeking to evacuate more civilians from Mariupol have not yet reached the agreed pickup point, the city council said on Monday, contradicting an earlier report that they had left the devastated port city in southeast Ukraine.

The city council urged the evacuees to remain in place. It was not immediately clear what had caused the delay.

Ukraine and Russia traded accusations over shaky talks to end a war now in its third month as Russia pounded areas in the east of the country and ...
News
2 weeks ago

Earlier, Petro Andryushchenko, an aide to Mariupol's mayor, had said the buses had left Mariupol but he later put out a message that also confirmed the hitch in the planned evacuation.

The civilians in question are from the city itself, not from the Azovstal steelworks, from where the United Nations and International Committee of the Red Cross has organised evacuation convoys.