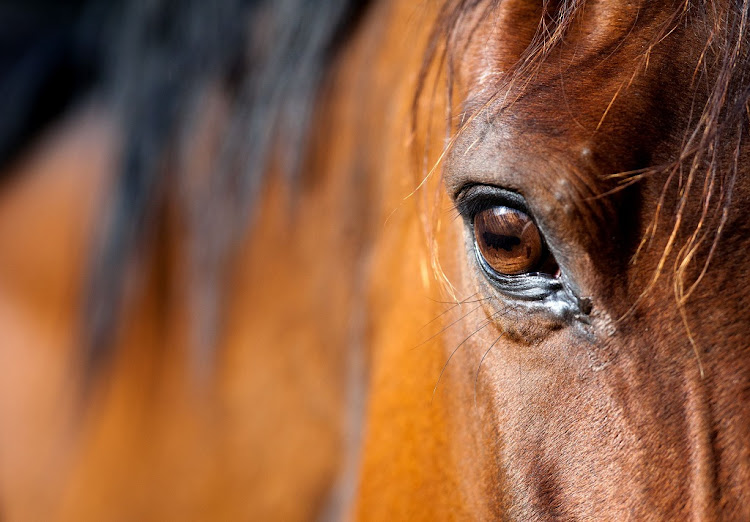 The NSPCA, through its lawyers, has had to approach the provincial commissioner to intervene in two cases of animal cruelty by the SANDF after police refused to investigate.
Image: 123RF/Melorys

The National Society for the Prevention of Cruelty to Animals (NSPCA) has approached the North West police provincial commissioner to force detectives investigating defence force (SANDF) cases to do their job.

AfriForum is representing the organisation.

In a letter seen by TimesLIVE, AfriForum private prosecutor Gerrie Nel has lodged a complaint with the office of the North West commissioner, alleging a “lacklustre” investigation by the Potchefstroom SAPS.

He said it appears that the accused are imposing their will on senior detectives and asked that the office intervene.

The complaint refers to two matters.

In May 2018 the NSPCA laid charges against the SANDF after gross neglect of horses at the SA Army Specialist Infantry Capability (SAASIC) unit in Potchefstroom. They had to euthanise 25 horses to prevent further suffering. They took ownership of 69 other horses which they said in a statement were in a severely compromised state.

The National Council of SPCAs in the Eastern Cape has called on horse racing authorities to investigate allegations of misconduct at the annual ...
News
5 months ago

In January 2019 the NSPCA claims their inspectors witnessed members of the SAASIC unit “brutally kick and beat their horses during an inspection”. The horses were also removed with two of them having to be euthanised because of their condition. The society then opened another charge against the SANDF.

In his complaint Nel likened the case to “the tail that wags the dog”.

“We draw the inference that this case can be likened to the well-known idiom ... as it appears to be a case in which the accused impose their will on senior detectives who appear inept on how to bring the investigations to a conclusion.”

He said police could not claim the NSPCA opened the cases and left them to do all the hard work because the NSPCA inspectors had handed over their own case dockets.

“We submit that those dockets were well constructed and contained more than sufficient facts that substantially contributed to the initial complaint and the evidential value thereof. Moreover, our client has offered to help and will continue to offer any assistance to the detectives.”

Ex-SANDF captain gets 18 years behind bars for hijacking, attempted murder

A former SANDF captain who hijacked a civilian before shooting him in the face has been handed an 18-year jail term.
News
1 month ago

In August the NSPCA said they have been following up on the cases “religiously”.

“Each time, we are met with a new hurdle as to why the cases have not progressed in court yet. The NSPCA questions whether this case will ever be taken seriously by the SANDF, whose lack of co-operation is a clear indication of their disinterest in animal welfare and the law.”

They said several attempts to get hold of the investigating detectives led to them sending a senior inspector to Potchefstroom to follow up in person.

“That is when we were informed that both dockets were allegedly missing.”

They say they were misinformed by police that the dockets were delivered to court.

According to their statement, they were told by the detective commander in Potchefstroom that the military police had failed to secure and submit the outstanding details of the identified SANDF individuals in the dockets.

A Soweto man who raped his neighbour’s 11-month-old puppy has been sentenced to eight years behind bars by the Roodepoort magistrate's court.
News
2 weeks ago

At the time they reported the investigating officer was instructed to return to court and present these developments to the senior public prosecutor and request that SAPS 205s be issued to serve on the national head of defence.

Now, Nel said, a colonel had approached the NSPCA on March 3 to introduce himself as the new investigating officer.

“Though almost four years after the initial complaint, they were appreciative that it seemed that senior officers would take over the investigation. In a further positive step, he (the colonel) also requested assistance from our clients regarding access to certain witnesses, upon which we engaged with him and offered any assistance he required.”

Nel has accused the colonel and another involved in the case of blatantly refusing to engage with the complaint.

He said after they were asked to assist in the case, on March 14 they invited the new investigating officer to meet them, but received no response.

Parliament's joint standing committee on defence has dropped an investigation into corruption allegations against former minister Nosiviwe ...
News
8 months ago

On April 4 they wrote again and “reiterated that the investigation that dates back to 2018 remains incomplete”.

He said the correspondence was shared with Eileen Viljoen, the senior prosecutor in Potchefstroom, who wrote to the SAPS that day asking them to respond to AfriForum.

Nel said this email too was ignored.

“We reiterate that we act on behalf of the complainant and that the refusal to engage after having requested assistance is inexplicable and a deliberate failure to communicate with the complainant.

“We must endure the embarrassment of explaining to citizens who you supposedly serve why senior officials simply ignore correspondence or refuse to engage in matters,” Nel wrote in his complaint to the SAPS.

TimesLIVE is awaiting a response from the SANDF and will update the article accordingly.