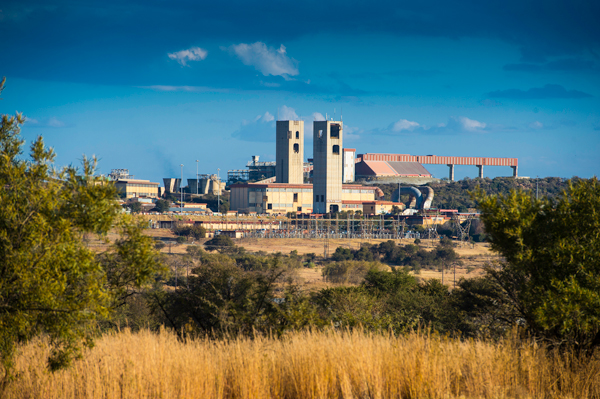 The National Union of Mineworkers (NUM) said it was disturbing that poor mineworkers “continue to die like flies” in a “careless” industry.

It said mines should prioritise saving lives over the cost of creating the technology to save lives.

The union was commenting after a fatal accident at Harmony Gold Mine's Kusasalethu operation near Carletonville where four mineworkers died on Saturday.

According to BusinessLIVE, six Kusasalethu mine employees were cleaning an underground mud dam on Saturday afternoon when a wall fell on them, killing the four.

In a statement on Tuesday, NUM said the country was capable of developing technology which could foretell the fall of ground. They said the seismic events were notorious for mining disasters.

“We cannot continue with the same triggers of incidents responsible for injuries and fatalities in the mining industry. If we care about human life, the expenses or cost towards procuring such advanced technology should not matter much.

Four mineworkers who found themselves trapped underground after a rockfall at the Tau Lekoa mine in Orkney, North West, have all died, the mine's ...
News
2 years ago

“It is quite disturbing that the poor mineworkers who are earning peanuts continue to die like flies in the industry that is careless about their sweat and blood.”

NUM is calling for a speedy investigation of the incident and for the department of mineral resources & energy and energy to “enforce the laws and ensure that companies take full responsibility for such incidents”.

“It cannot be right that workers continue to die while the captains of industry are smiling all the way to the bank for fat salaries or bonuses.”

The union said it was saddened by what happened on Saturday and conveyed condolences to the families, colleagues and friends of the deceased workers.

Until now the government has not participated in Marikana commemoration events, mineral resources minister Gwede Mantashe said on Tuesday.
News
9 months ago

The trade union's Sizwe Pamla called for a full investigation into the incident and for solutions to be provided on how such accidents could be avoided in future.

“We also want guarantees from Harmony Gold that the families of the victims receive the fullest possible assistance. We reiterate our call for workers to refuse to work in an unsafe environment that puts their lives in danger. Workers sell their labour and not their lives,” said Pamla.

“Fatalities in SA’s mining industry still remain a big challenge with about 19 fatalities already this year. The mining sector recorded about 74 fatalities last year —  an increase from 60 the year before and after an all-time low of 51 fatalities in 2019. More needs to be done to arrest this regression in the safety in mining sector workplaces,” Pamla added.

BusinessLIVE reported that Harmony Gold accounted for 13 mine fatalities this year alone. This is the same as in 2018 and the fourth-highest in the past decade. According to company reports, 22 people died in 2014, 16 in 2011 and 15 in 2012. Most of the deaths at Harmony Gold in 2022 happened at the Kusasalethu mine, with seven.