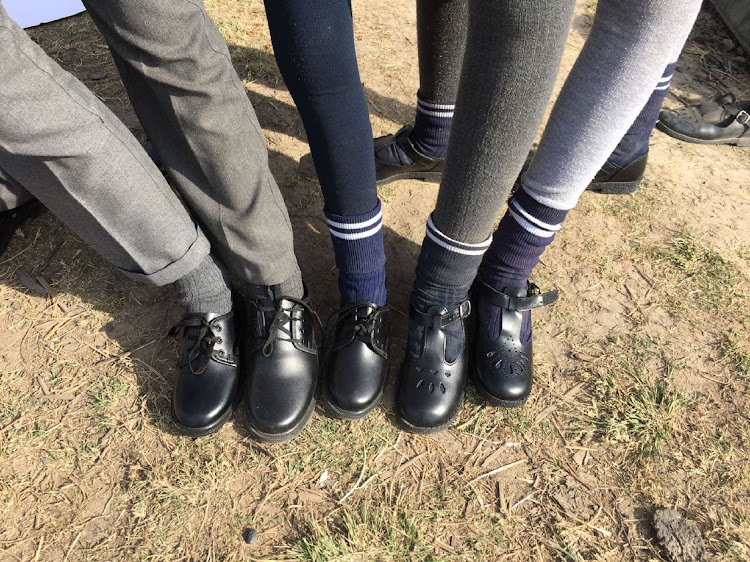 DD260621Poverty5Sm Pupils from Dumisani Makhaye High School caught a cable thief stealing at their school on Wednesday and beat him up.
Image: Filen/ SINO MAJANGAZA

KwaZulu-Natal education MEC Kwazi Mshengu has commended a group of pupils and community members for standing up against “hooligans” who were attempting to steal electric cables at Dumisani Makhaye High School.

He said this ensured that they were speedily arrested by the police.

Mshengu said: “ Even though it is regrettable that there was disruption in the teaching and learning  as a result of the altercation with intruders, we have always  encouraged communities  to be the first defence  of schools against criminals, hence we commend these learners for standing up to protect the school.”

Police spokesperson Const Thenjiswa Ngcobo said Chatsworth police had received a complaint of a burglary at the school in Welbedacht.

“They proceeded to the school where they found group of learners assaulting a man in his thirties,” said Ngcobo. She said the police dispersed the violent crowd and rescued the man before taking him to hospital.

Operations at more than 30 home affairs offices in the Eastern Cape were stopped after massive cable theft shut their systems down. Other ...
News
1 month ago

Mshengu said the department had consistently pleaded with communities to protect schools against the widespread vandalism and thuggery plaguing them.

“On various occasions we ask communities to desist from closing and disrupting teaching and learning if they have grievances or any issue with the school,” said Mshengu.

The school is the state-of-the-art institution which was recently built by the department for the Welbedacht community. “Protecting the school from thugs, should remain a priority for the community and communities elsewhere in the province,” said Mshengu.