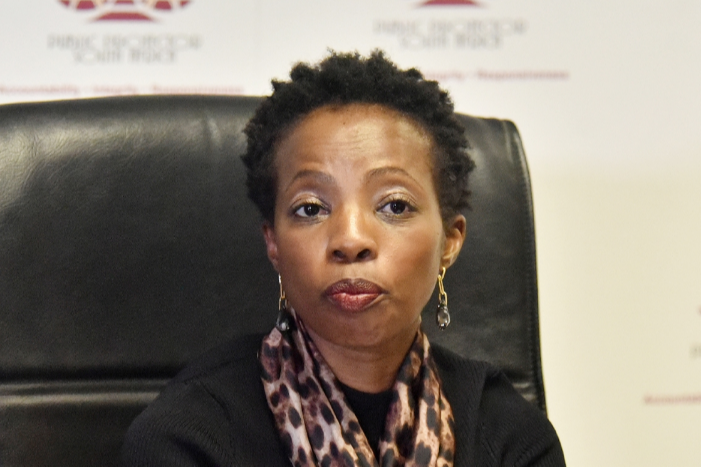 Deputy public protector Kholeka Gcaleka said on Thursday she is not investigating an alleged leak from the Constitutional Court as claimed by attorneys for public protector Busisiwe Mkhwebane.

The alleged leak was contained in a now-infamous SMS sent by Ismail Abramjee to counsel for the speaker of parliament Andrew Breitenbach SC in a separate but related case in the Western Cape High Court on April 24.

In the SMS Abramjee said he had it “on very good authority” that the ConCourt had declined to hear Mkhwebane’s rescission application and would be announcing that decision before the coming Friday, which would have been April 29.

Mkhwebane had said in a letter to the state attorney for the speaker of parliament on May 9 that the SMS was being investigated by her office under the guidance of the deputy public protector.

But, said Gcaleka: “I have no knowledge of a complaint nor an own-initiative investigation by the office of the public protector into the suspected wrongdoing associated with the leaking of court information.”

The embattled Busisiwe Mkhwebane is set to appear before parliament in July.
News
2 weeks ago

The statement, as far as it related to her, was “a misrepresentation” and “untrue”, said Gcaleka.

“I do not know of any Seanago Attorneys, nor have they consulted me in this regard.”

However, spokesperson Oupa Segalwe said the investigation was initiated by “the office”.

Mkhwebane has until May 22 to respond to incompetence, misconduct charges

Public protector Busisiwe Mkhwebane has until May 22 to respond to the charges brought against her in the motion tabled by the DA when it called on ...
News
2 weeks ago

Segalwe said Mkhwebane was overseas but had “every intention to engage the deputy public protector on the legal advice she obtained before her departure”.

She “will not discuss issues of unfortunate lapses in internal communication outside the office and therefore will not comment further on this side issue”, he said.