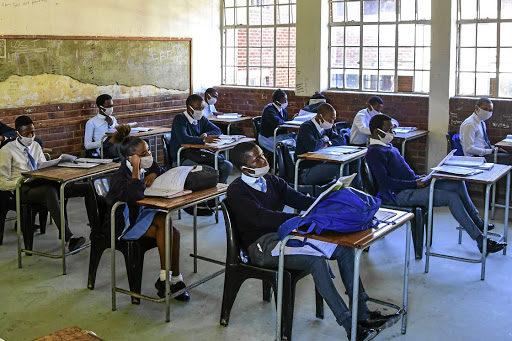 SA is increasingly becoming an economy driven by the tertiary sector, but pupils’ poor performance in critical subjects is hindering them from entering the job market.

This is the view of the deputy head of research at the Centre for Risk Analysis (CRA) Gerbrandt van Heerden, who was speaking on Thursday at a webinar before the launch of the socio-economic survey of SA.

He said a huge chunk of government expenditure was going to education, but the outcome was poor compared to other countries.

“We compare SA to advanced economies such as Australia, Germany, Japan and the UK, but the educational outcome is pale compared to the countries on the list.”

The survey paints a worrying picture about the state of basic education with pupils performing poorly in subjects such as mathematics and physical sciences. He said these are the subjects young people need to be absorbed into occupations such as engineering and IT.

“There is a skills mismatch because our economy is becoming more reliant on the tertiary sector which demands a highly qualified and highly skilled workforce and our pupils are performing exceptionally poorly in critical subjects,” Van Heerden said.

The unemployment rate has led many South Africans to rely on social grants, says senior analyst at the Centre for Risk Analysis, Bheki Mahlobo.
News
2 weeks ago

The survey shows there is a low pupil retention rate in SA’s schools.

It shows more than a million pupils enrolled in grade 1 in 2010 and by the time they reached grade 12 only 700,000 pupils wrote their national senior certificate. About 500,000 managed to pass while just half managed to gain university entrance.

“This demonstrates why we have such a huge youth crisis emerging in SA.”

The survey revealed that two-thirds of young men between the ages of 15 and 24 in 2021 were unemployed while the figure increased to 80% for young women.

“We are seeing a stalling economy and unemployment that is increasing every quarter,”  said Van Heerden.

South Africa’s economy is being boosted by an annual Department of Employment and Labour programme that provides skills to the unemployed youth and ...
News
1 month ago