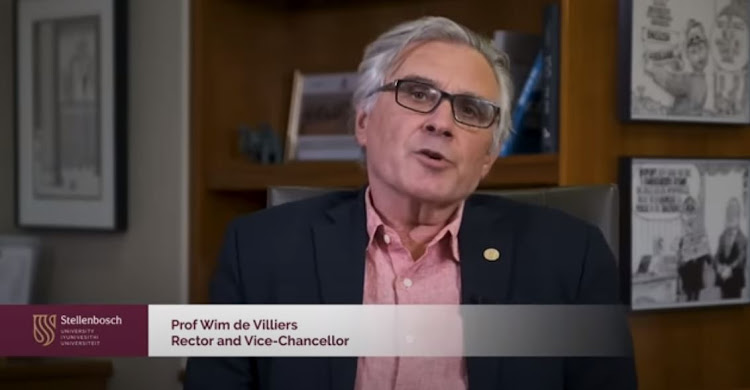 Stellenbosch University rector and vice-chancellor Wim de Villiers has strongly condemned the “destructive and hurtful” racist incident at the campus involving a white student who urinated over a black student’s desk and laptop.

“I also personally strongly condemn the destructive, hurtful and racist incident that was captured on a cellphone video in the Huis Marais residence on the Stellenbosch University campus,” De Villiers said in a video posted by the university on YouTube.

“Human dignity is non-negotiable and must be respected, upheld and restored when affected.”

He said the incident would be a top priority for the university administration, with findings of an internal investigation expected “in the next few days”.

Du Toit, who was suspended on Monday and removed from the residence where the incident involving fellow first-year student Babalo Ndwayana happened early on Sunday,  would remain suspended until the investigation was complete.

“It is critical that thorough governance and procedures are followed for a decisive outcome that will allow for the full extent of the law,” De Villiers said.

The racist incident involving a student urinating inside another student’s room at Stellenbosch University needs to be discussed by the university ...
News
1 month ago