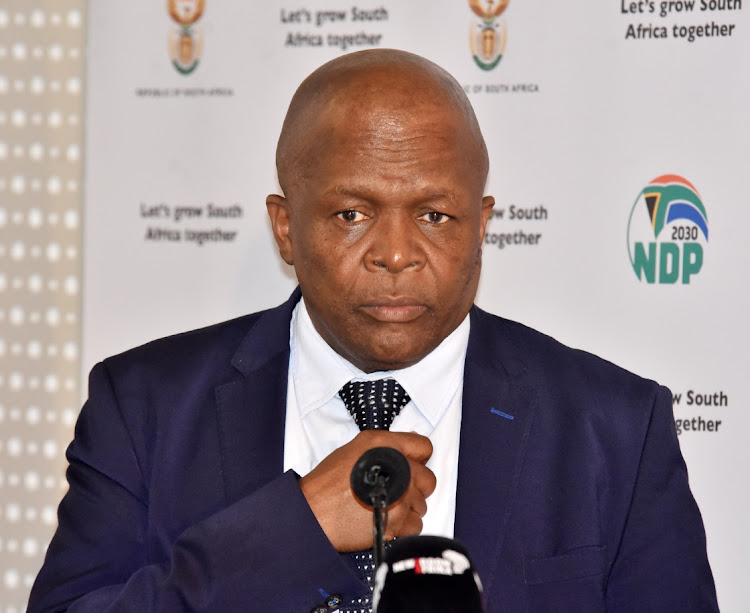 Mondli Gungubele says the government must make every effort to implement the economic reconstruction and recovery programme together with other government interventions to turn the economy around and uplift people. File photo.
Image: Freddy Mavunda

Failure to deal with growing poverty is a threat to national security and could lead to the kind of unrest seen in July last year.

This warning was sounded by minister in the presidency Mondli Gungubele during the state security agency budget vote on Tuesday.

Gungubele said unemployment, inequality, poverty and corruption were the underlying causes of some of the crimes the country was experiencing.

We therefore need a solid, state-led programme with our social partners and the citizens as a whole to find solutions and rid our country of the monster of poverty and inequality,

Mondli Gungubele, minister in the presidency

These, along with gangs, the influx of illegal immigrants which often led to violent clashes with locals over resources, as well as destruction of critical economic infrastructure and general lawlessness were all a “ticking time bomb” that must not be allowed to discharge.

“It is clear that such a situation is untenable for the sustainability of our country and democracy,” Gungubele said. “The state and government as a whole must make every effort to implement the economic reconstruction and recovery programme together with other government interventions to turn our economy around and uplift the lives of our people.”

He said that failure to uplift South Africans, especially the youth, from poverty and unemployment could lead to another version of the unrest in July last year that led to the deaths of more than 300 people.

“If we do not attend to these immediate challenges, we run the risk of being exposed once again to the unfortunate incidents of July and no-one wants to experience such upheavals ever again in our country.

“We therefore need a solid, state-led programme with our social partners and the citizens of our country as a whole to find solutions and rid our country of the monster of poverty and inequality,” Gungubele said.

These, and others, led to an atmosphere of fear and insecurity which contradicted section 198 of the constitution on national security, he added.

“If nothing is done to turn the situation around, we will reach the deepest levels of devastation from which it will be difficult to recover. It is for this reason that the centrality and posture of our civilian intelligence service must be enhanced to consolidate the vital rapport between the people and the state, in defence of our hard-earned democratic gains,” he said.

To deliver its national security mandate, Gungubele said, the State Security Agency was delivering a budget vote that focuses on plans to strengthen capacity to deliver on it by re-skilling and re-energising its workforce to better deliver services as well as reposition the SSA to be a trusted custodian of national security.

Gungubele admitted that progress to implement recommendations in the high-level review panel has been slow. The panel identified many areas that required immediate attention with how SSA was run.

No room for corruption as government moves to rebuild KZN: Ramaphosa

President Cyril Ramaphosa has warned corruption hyenas salivating over the prospect of public money being disbursed to KwaZulu-Natal to rebuild after ...
News
2 months ago

One such area was the level of secrecy under which SSA was operating which, among others, led to theft of state resources in the agency. He said they have worked around the clock to uncover corruption and misconduct in the agency in the past two years which has led to arrests and convictions of a number of people.

“In the previous financial year, we finalised 11 disciplinary cases and this year we have already finalised three of these. Nine disciplinary investigations or hearings are in progress and we hope to finalise them before the end of the quarter.  A lot still needs to be done including following up on the issues that emanated from the evidence at the Zondo commission,” Gungubele said.

“Our collaboration with the investigative directorate of the National Prosecuting Authority has ensured that we cast the net wider in our efforts to hold people to account. The forensic investigators (Lekwa Forensic Services) are now investigating 26 cases within the agency. We are also encouraged by the work that is being undertaken by our forensic investigation capacity and are determined that we will succeed in this regard.

“In this financial year, we will put more resources towards the fight against corruption, including strengthening partnerships with fraternal law-enforcement authorities. Our march towards a clean, responsible and corruption-free SSA is unrelenting and we are confident that we will regain our status as the custodian of national security in this country.”

Gungubele told parliament that the bill which will allow for the establishment of a domestic arm of SSA to focus on counterintelligence and domestic intelligence has been finalised and is expected to be submitted to parliament in September.