WATCH | 'We are going to build squatter camps outside politicians' houses': Lux Dlamini 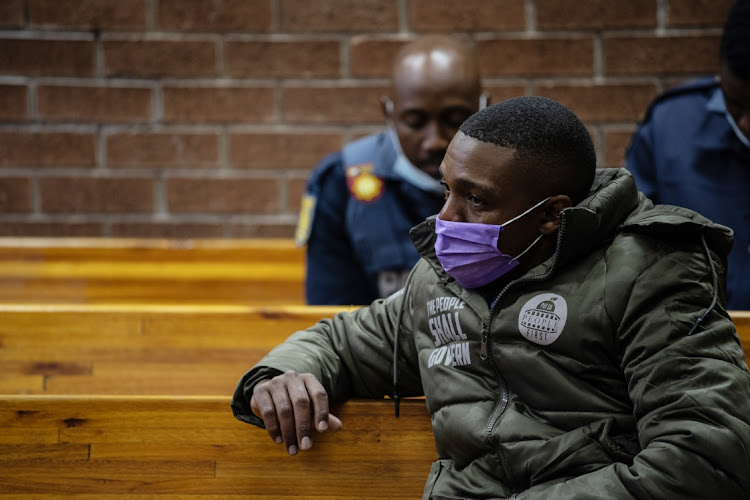 He is charged with housebreaking, theft and malicious damage to property after Dudula members descended on a suspected “drug house” in Soweto in March.

Dozens of supporters gathered a block from the court. Temporary fences, manned by droves of police officers, were erected around the court building.

Prisoner rights activist Miles Bhudu stood out against the camouflage clothing of Dlamini's supporters in his bright orange prison jumpsuit. His legs and arms were chained, and he grasped a sign stating: “Nhlanhla Lux Dlamini, you are found not guilty & discharged”.

For Bhudu, the case is reminiscent of apartheid-era tactics employed to silence activists.

“Nhlanhla Lux has been arrested for criminal reasons and they want to criminalise him. He is no criminal,” he said.

‘You’re not a revolutionary, your brand is built on hate’: Inside Maimane and Lux Dlamini’s war of words

"You are not a revolutionary, you are not a visionary, and your whole brand is built on hate," Mmusi Maimane told Operation Dudula leader Nhlanhla ...
News
1 month ago

Dlamini appeared briefly in court and the case was postponed to June 27. Afterwards, he addressed supporters and promised the movement would take action where the government failed.

“We were in a meeting yesterday with all the hostels ... It's going to be a Soweto programme, we are going to build informal settlements outside politicians' houses,” Dlamini said.

He added that the first settlement would be built outside the home of Johannesburg mayor Dr Mpho Phalatse.