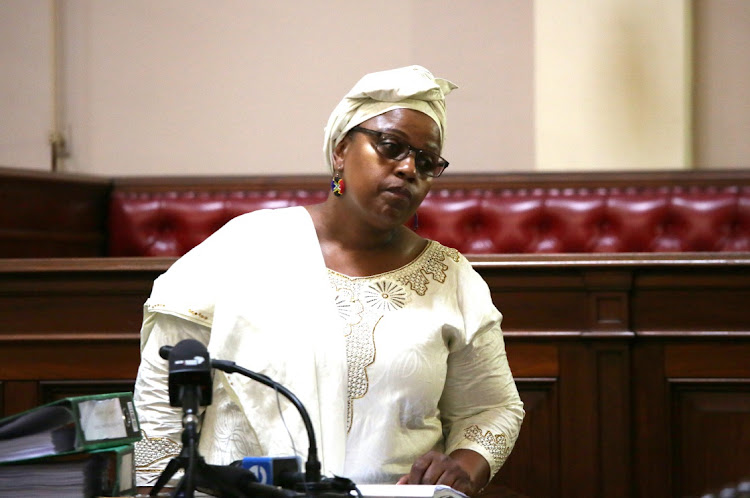 Dudu Myeni will face the music for unmasking Mr X, who testified under protection at the Zondo commission into state capture.
Image: File

Former SAA board chairperson Dudu Myeni on Tuesday indicated she intends to plead guilty on charges including defeating the administration of justice.

The charges relate to her testimony at the state capture inquiry in November 2020 when she unmasked the identity of a witness who had been granted anonymity by commission chair, then deputy chief justice Raymond Zondo.

“We can confirm as the NPA that the accused is in negotiations with the state in terms of  section 105 capital letter A of the Criminal Procedure Act in that she wishes to plead guilty and enter into a plea sentence and agreement with the state.”

Myeni’s appearance comes after she failed to attend court previously and a warrant for her arrest was issued. Her legal team reported she was unwell at the time.

At the time of the incident, Myeni repeatedly revealed the name of a whistle-blower known as “Mr X”, despite being warned against this.

Zondo later instructed the commission’s legal team to assist its secretary to lay a criminal charge against Myeni after an affidavit was submitted explaining her conduct. Zondo was unconvinced by the explanation and instructed lawyers to open a criminal case.

The case has since been postponed to July 27, the NPA said.

“We are working well with the defence in terms of finalising the negotiations, hence we are hopeful that by July 27 we would have concluded that process so that the plea and sentence agreement is presented in court.

“We are still also finalising the processes in terms of consulting the complainant and also taking the investigating officer on board as per requirements of section 105,” said Mjonondwana.

Before Zondo instructed his lawyers to open a criminal case, the inquiry evidence leader advocate Kate Hofmeyr broke down in tears while presenting an application for “Mr X”, who sought to have his identity shielded as he feared for his life.

“Mr X”, while giving evidence from a secret location, gave details of how his company was allegedly used in a looting scheme to siphon money from Mhlathuze Water, where Myeni served as chair,” said Hofmeyr at the time.