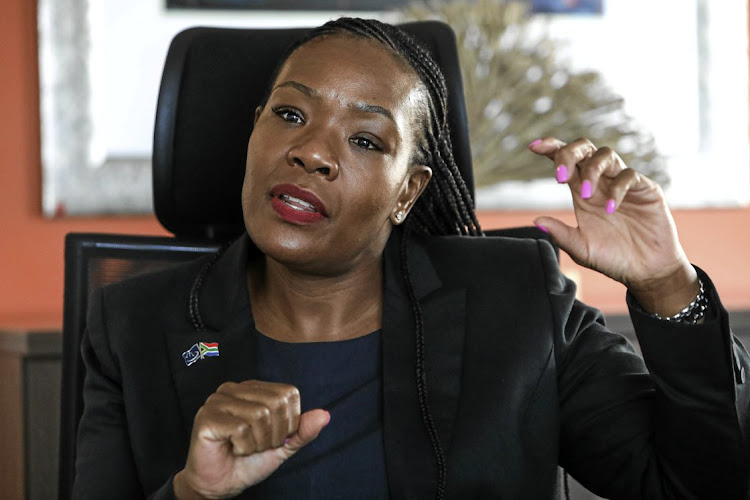 Auditor-general Tsakani Maluleke says her office will not hesitate to use its powers to hold government officials accountable. File photo.
Image: Alaister Russell

Auditor-general Tsakani Maluleke is concerned about the declining state of financial management in SA municipalities, saying urgent intervention is needed.

Only 41 of the country’s 257 municipalities received clean audits for the 2020/21 financial year. This is nine more than the previous financial year.

But Maluleke was quick to point out that many of the clean audits were for district municipalities rather than local municipalities, metros, intermediate cities and municipal entities.

“It is the metros, intermediate cities and municipal entities that carry the biggest budget and that have the greatest responsibility for service delivery,” she said.

Auditor-general Tsakani Maluleke described her first year in office as a baptism of fire when she addressed the SA National Editors Forum (Sanef) on ...
News
4 months ago

“If you look at the last five years, in fact local government has gone backwards. Beyond the audit process, one can see it in how different municipalities operate — in how they are able to maintain infrastructure, which is not very well; in how they deliver services, which is not always effective; in terms of their financial health, which is a story that MPs have been seized with in different conversations — the poor state of health among many municipalities.

“In essence, we are looking at a sphere that is not characterised by strong institutions. In fact, institutions of local government have been weakened by this ongoing failure to attend to the basics, year after year.

“It is really now more urgent than ever to start to attend to these basics and get the local government sphere operating in the way it was intended.”

Limpopo is the only province that has improved over the five years, said the AG. “They’ve moved from adverse and disclaimers to unqualified audit opinions.”

She said much of the improvement was due to the tone set at the centre of the Limpopo  government, where premier Stan Mathabatha was very clear five years ago about the importance of shifting the local government sphere.

If you’ve got a team whose job is to manage finances, the very basics that they can do is prepare quality financial statements during the year and at the end of the year. They are not able to do that

Limpopo had also benefited from a co-ordinated effort between the provincial department of co-operative governance and traditional affairs (Cogta) and provincial Treasury, she said.

But her office issued a word of caution for Limpopo, because while the improvements were laudable and a credit to the leadership tone set, much of them were due to the use of expensive consultants.

“Our concern is that for as long as there isn’t an investment in capacitating the institutions of local government, we are not going to be able to sustain the gains seen,” said Maluleke.

Maluleke also raised serious concern about municipalities’ inability to compile financial statements and their reliance on consultants for this. On aggregate, the system is paying R10.4bn a year in payroll costs for people charged with managing finances for their institutions. In the year under review, R1.26bn was paid to consultants to prepare financial statements for the same municipalities.

“If you’ve got a team whose job is to manage finances, the very basics that they can do is prepare quality financial statements during the year and at the end of the year. They are not able to do that,” she said.

Non-compliance, possible overspending, poor IT systems and poor price negotiations are some of the findings by the office of the AG when it audited ...
News
3 months ago

When her office began the auditing process, only 62 municipalities gave auditors credible financial statements. The number went up to 141 municipalities in the end.

“These financial units at the end of the year go hire consultants to help them compile their financial statements and this year they spent R1.26bn on consultants.”

Despite the system paying R12bn, it could only produce quality financial statements in 25% of the cases, she said.