N3 truck blockade: 'Act now or we will have no country left,' implores open letter to President Cyril Ramaphosa 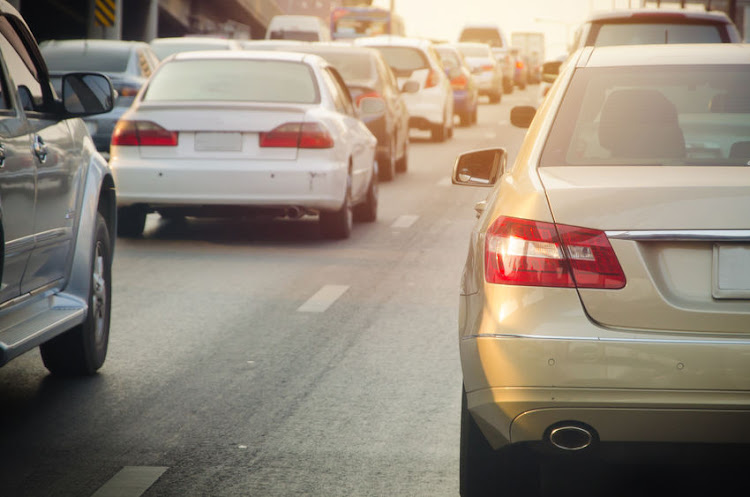 Motorists were advised to avoid parts of the N3 which have been blocked by truckers. File photo.
Image: 123RF/Weerayut Ranmai

Business leaders and freight industry role players are pleading with President Cyril Ramaphosa to take action on the truckers' blockade of the N3 highway at Van Reenen’s pass, describing it as an act of “economic sabotage”.

The blockade, which saw traffic being diverted from the arterial route linking Johannesburg and Durban on Thursday, comes two days after truckers blockaded part of the N3 between Warden and Villiers in the Free State on Tuesday.

Gavin Kelly, CEO of the Road Freight Association, said in an open letter to Ramaphosa on Thursday that the economy “is being sabotaged through attacks on the logistics chain”.

“All major routes are being targeted. Road freight companies [transporters] find themselves being targeted, attacked and prevented from plying their business by forces under the pretext of foreign nationals 'taking jobs away from citizens',” wrote Kelly.

He said “this action discriminates against those companies who comply with all the legislated requirements or even come from foreign countries”.

“While our calls for action against those companies who continue to break the laws, employ foreigners without the correct authorisations and refuse to register or submit to the inspections done by the department of employment and labour, continue to operate and create the position we, as a country, find ourselves in.”

Massive police presence, and no movement north on N3. Cars even driving back south the wrong way to get away. Starts 22km past PMB and multiple stops by police of trucks and cars, between the on and off ramps. pic.twitter.com/7oH1zQNU8u

Kelly said there were more than 350 trucks involved and the number was “growing by the hour”.

“Our drivers [and other staff on the trucks] are exposed to severe cold, possible violent looting or other aggravated assault and do not have the means to survive for days stranded in a truck in the middle of nowhere.”

And it was not only SA feeling the brunt of the blockade.

“The N3 links one of the busiest ports in Africa to many countries that rely on a well functioning, safe and efficient corridor.

“Much cargo travels and traverses this route. Other vital routes — from Mpumalanga across the country to the Northern Cape — the N17, N11, N2, R59, R74 — the list goes on — have experienced similar events and delays.”

He estimated the cost in truck operating expenses caused by the blockade to be “about R25m.”

“This cannot continue. The economic impact — initially felt and carried/absorbed by all the transporters stuck on the various routes — is not only enormous, but will cripple many of our smaller operators [88% of our members are SMMEs], will have knock-on effects into all other industry sectors [from manufacturing to retail], will result in penalties for late delivery, damaged goods, contract breach and even loss of business and thereby unemployment.”

#sapsKZN⚠️The N3 has been blocked at Van Reenen Pass Near Windy Corner. Both lanes are closed to traffic. Traffic is being diverted to alternate routes. #SAPS members are on the scene and monitoring the situation. NP pic.twitter.com/pbiSqIr74b

He says the ripple effect of the blockade would be felt outside SA borders.

“Ships will sail past to other ports, they will not wait for us to get our act together. We will lose trade and business to and through SA.

“Our ports will become ghost towns and the surrounding businesses relating to those activities of trade and support will close.”

Kelly wondered about the root cause of the blockade and the powers behind it.

“Other than the economic sabotage and total destruction of SA, there is obvious intent to prove that the control of the country [and its economy] now rests with gangs?”

He laid the blame for the problems at the door of the All Truck Drivers Forum and Allied SA (ATDF ASA).

“The leadership of the ATDF-SA, specifically the president of the organisation, has openly commented on social media that they do not care about the effects of their actions and that they will continue until there is change,” wrote Kelly.

Another truck blockade has resulted in Van Reenen's Pass on the N3 being closed on Thursday morning.
News
2 weeks ago

He wanted action and answers from government. “Why have the various departments tasked with solving this issue [almost five years ago now] not dealt with the core reasons and addressed these?

“You and your ministers promised to defend the country. To protect its people and to ensure a better life for all. You have broken that trust. Act now or we will have no country left. No home. No place to educate and grow our children.

“Mr President, instruct the ministers of police, transport and defence and military veterans to perform their duties to restore order and to listen to the proposals made by the representative, compliant transporters within the sector. The non-compliant transporters and the groupings that 'represent' them must be dealt with. The time is now.”

Cas Coovadia, CEO of Business Unity SA (Busa), on Thursday noted “with serious concern” the blockade and “reports of disruptions on some alternative routes between Johannesburg and Durban”.

“This is a recurring occurrence and Busa has consistently appealed to government to take proactive measures to stop such blockages and arrest those that are responsible,” Coovadia he said.

“It is clear that our appeals have not been heeded and there appears to be no accountability in government for this and we do not see any consequences for those perpetrating these acts. The economic impact of such blockages is obvious, given that the N3 is a critical arterial for the transport of essential and strategic goods between Johannesburg and Durban and to areas such as Richards Bay.”

“We despair at the silence from the minister of transport about this significant disruption of economic activity at a time when the country needs to instil confidence among investors and put SA onto a sustainable growth path. We consider this continued disruption of economic activity a crisis and ask the president to intervene to ensure appropriate resources are mobilised to pre-empt these disruptions and to clear up the current blockage urgently.”