Proteas keen to wrap up T20 series against India 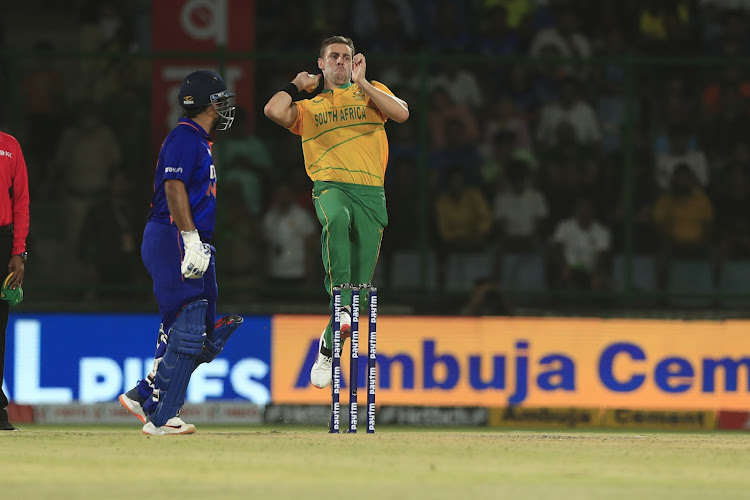 Proteas bowler Anrich Nortjé says they will treat their fourth T20 match against India on Friday as a final as they aim to wrap up the series with a match to spare.

The South Africans are currently involved in a five-match T20 series with the Indians which the Proteas lead 2-1.

After their great start to the series where Nortje and his teammates took a 2-0 lead, the Proteas dropped the ball in their third outing to give the hosts a chance to stage a comeback.

Nortje admits the performance they gave in the third outing was shocking, but they are looking to make amends on Friday.

India clawed their way back into the T20 series with a 48-run thrashing of SA in the third of five matches at Dr YS Rajasekhara Reddy Stadium in ...
Sport
2 weeks ago

“This is sort of like a final for us,” Nortje said.

“In the last game we didn’t perform very well or anything towards what we are capable of. So this will probably be like a final again for us, we need to seal the series as soon as possible and not give them an opportunity. That’s the main goal.”

After posting 179 in the third match, India went on to bowl out the disappointing Proteas for 131 with five balls to spare.

For Friday's match, the Proteas will be hoping to have their opening batsman Quinton de Kock, who has been nursing a wrist injury and missed the three first clashes.

De Kock will be a major boost for SA following his incredible form that he recently displayed during his participation in the Indian Premier League.

Heinrich Klaasen capitalised on his chance selection to smash 81 off 46 balls as SA beat India by four wickets in the second T20 International in ...
Sport
2 weeks ago

While Nortje said they are still waiting for confirmation on De Kock’s return, the rumours are that the medical team has been very impressed with his recovery.

“I’m not too sure, I know that he has been practising so I think we will find out tomorrow, but it’s good to see that he is practising,” Nortje said.

“He did fitness tests but I’m not too sure (if he is playing), we will probably hear tonight or tomorrow morning.”

The fifth and the final match of the series will be played on Sunday.