WATCH | 'Every school, clinic and hospital in SA should have a borehole' says Gift of the Givers

Imtiaz Sooliman says 'simple strategy and team work is what we need during this water crisis'. 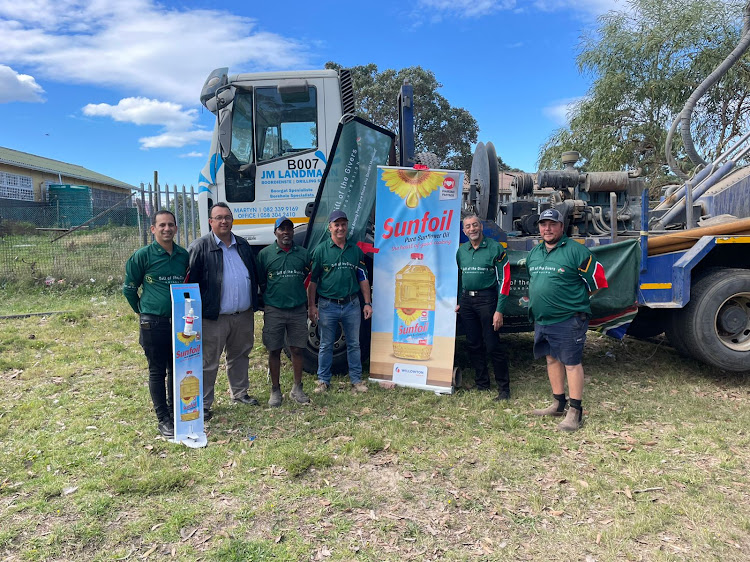 Sunfoil Oil that has contributed R5m towards the drilling of boreholes in the Eastern Cape.
Image: SUPPLIED

It's not the first time Gift of the givers Founder and chairperson Imtiaz Sooliman has suggested preventative measures for SA's water crisis.

The humanitarian relief organisation is assisting Nelson Mandela Bay and Kouga municipality with a water crisis that has left thousands of Eastern Cape residents with dry taps as dam levels reach an all-time low.

"The first step was to have a discussion to see how we can fix the problem. We are all on the same page because without team work, nothing will get done," Sooliman said.

"SA is a water deprived country, we don't have enough water resources. We should have learnt that a long time ago.

"Water and health are inseparable. Every school, hospital and clinic should have a borehole as a preventative measure."

Not a drop of water has flowed through water pipes and taps across 22 villages – even though more than a R100-million was spent building water ...
News
2 weeks ago

After discussions and investigations into the Nelson Mandela Bay and Kouga water crisis, they will use simple strategies to assist where they can.

The strategies include opening up existing boreholes and new boreholes being drilled.

Gift of the Givers has started drilling the first of 10 boreholes at Alpha Primary School "with a view to progressing to thirty boreholes".

"In addition, Gift of the Givers will sponsor JoJo tanks (supported by the business chamber and donors in general), provide two 34,000l water tankers provided by Coke and will look into drilling boreholes at the Elizabeth Donkin psychiatric facility, other hospitals and schools. Additional interventions will be considered dependent on resources. A special gratitude to Sunfoil Oil that has contributed R5m towards the drilling of boreholes. The support of corporates will be welcomed for this emergency situation.

"In a crisis like this it is good that people have their own boreholes, not only for themselves, but to share."

Refering to the water infrastructure destroyed in the KwaZulu-Natal floods, Sooliman said: "People opened up their boreholes and opened up their hearts to anyone in the area to come and take water."

"So to have a backup source of a borehole if you can afford it is good.

Dam walls should be extended where possible and more dams built in catchment areas. Water shedding should be avoided because when the water doesn't run pipes crack and systems collapse and it's more expensive to fix and more water is lost.