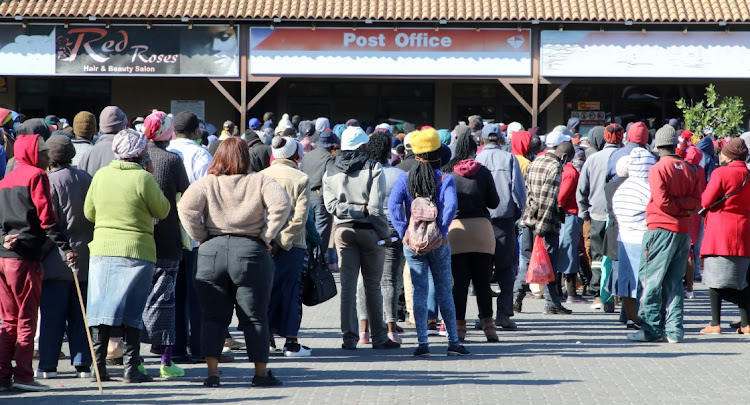 A study conducted by Ipsos shows that 37% of young people between 18 and 24 receive a government grant, while 33% of all South African adults do.
Image: FREDLIN ADRIAAN

A higher proportion of young people between 18 and 24 are receiving grants than the population as a whole.

A Khayabus study that Ipsos undertook at the end of 2021 also showed that 32% of the 18-24 age group was unemployed, compared to 26% of all adult South Africans.

A total of 3,600 interviews were conducted with adult South Africans from the last week of November to the end of December 2021.

The study showed 37% of young people between 18 and 24 received a government grant, while 33% of all adults do.

However, the opinions expressed by young people and adult South Africans were almost on a par on opinions about politics, political parties, and elections in SA.

Social development minister Lindiwe Zulu says she is pained that beneficiaries of the R350 social relief of distress grant have not yet received ...
News
2 weeks ago

The study showed 43% of those aged 18-24 agreed that elections expressed the will of the people, and almost the same percentage (44%) of all adult South Africans agreed with that statement.

Ipsos said apart from the fact that these figures look rather similar, it was a worry that less than half of South Africans in all adult age groups agree with these opinions.

The market research company said it showed the phenomenon that has developed over the last number of years that voters became more and more disillusioned in political parties and politicians.

“This feeling of disillusionment manifested in the low turnout of last year’s local government elections.”

President Cyril Ramaphosa says while there have been delays in paying out the R350 grant to millions of beneficiaries, the payments will resume next ...
News
3 weeks ago

The study also showed that young people (18-24) are definitely well-connected, with 98% having access to a cellphone, albeit not always a smartphone.

In addition, a remarkably high proportion (92%) of young people between the ages of 18 and 24 have also indicated that they have access to the internet, though many of them do not have access at home, work, or an educational institution.

The study found most have access via their mobile phones.