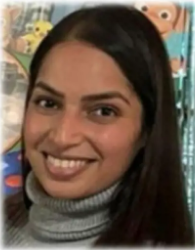 The family of a Cape Town woman who was missing for three weeks is unhappy about speculation around her alleged kidnapping.

Shireen Essop, 34, from Primrose Park, was last seen driving home from work on Weltevreden Road near Browns Farm, Philippi, on May 23. She was reunited with her family three weeks later, on June 11, after she was found at a garage.

Herman Bosman, who describes himself as a kidnapping incident manager, told TimesLIVE a “lot of discussions in the media pertaining to the story are a concern”.

His comments follow a TikTok post on Wednesday which claimed Essop had not been kidnapped but had willingly got into another vehicle.

A search for six-year-old Khayalethu Magadla reached its third day on Wednesday as officials probed a sewer split chamber in Klipspruit that could be ...
News
2 weeks ago

Bosman dismissed the claim as untrue. “I was involved in the investigation from start to finish. It is a real incident and she was released and there is still a police investigation pending,” he said.

“There are some people coming forward with absolute nonsense. They can be charged for their conduct.”

Bosman said Essop was traumatised. “She has gone through a lot of trauma and a lot of the stuff in the media is absolute speculation, rude and defamatory.”