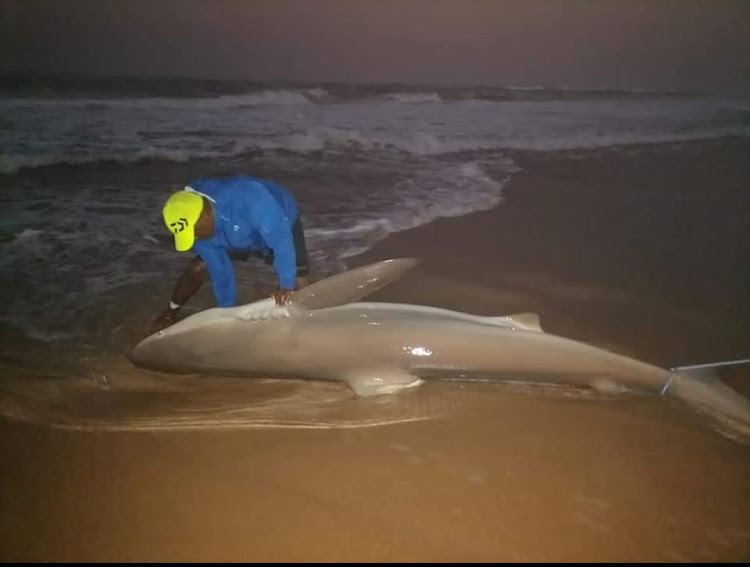 But the huge predator was small compared to his biggest catch — a 410kg shark he caught last year.

Govender is among an elite group of fishermen who have caught more than 300kg of fish from the shore.

With the annual sardine run under way and the shark nets lifted by the KwaZulu-Natal Sharks Board, sightings and catch and release of predators have increased over the past few days.

“We have just witnessed a shoal of sardines in Amanzimtoti, south of Durban, which is about 10km long.

“There are sardines at the central beaches but nobody has netted there yet.”

Silver ribbons of sardines streamed into KwaZulu-Natal on Friday‚ infecting the south coast with the much-anticipated “sardine fever”.
News
2 weeks ago

Govender said bathing was banned along the entire coastline because of the shark nets being lifted.

The sharks are not interested in humans and are focused on feeding on the sardines.

“They gulp hundreds of kilograms at a time. They don't care about humans. All they want to do is eat the sardines. That's why they migrate with them. We have been swimming with sharks daily. There have been sharks all around us.

“If they don’t attack us in the deep, I can't see them attacking people in the shallows.”

But Govender warned people to be careful and stay out of the water.

“There could be a case of mistaken identity. If you know bathing is banned, stay away from the water.”